Firefighters in Ohio’s largest city are talking with development officials about finding a way to designate vacant homes to make responders aware of potential hazards during emergencies at those properties. 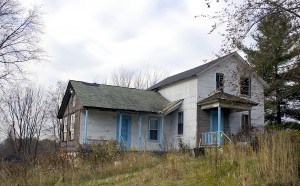 There’s no specific plan yet, but officials in Columbus say the ideas could include using marked signs at vacant properties or entering information about unoccupied city-owned sites into an emergency dispatching system to alert first responders, The Columbus Dispatch reported Saturday. The vacant homes can include extra hazards for firefighters because of dilapidation and other problems, such as thieves stealing ductwork for scrap metal and leaving behind gaps in the flooring.

“Our biggest concerns are the homes owned by the city and set to be demolished, the most-dangerous homes,” said Battalion Chief Mike Fowler, the fire division spokesman. “We do not want our guys to risk their lives and get hurt in a home that is going to be torn down.”

There are about 900 parcels in the city’s land bank, and about 16 percent are awaiting demolition, the newspaper reported. Overall, the city has more than 6,000 vacant and abandoned homes.

In the event of a fire, firefighters still would check to make sure no one was inside such a home, said Jack Reall, president of International Association of Fire Fighters Local 67.

He said no particular incident spurred the discussion about the precautions for vacant homes.

But the topic received extra attention after a Christmas Eve fire killed a 4-year-old boy, his mother and a man who was staying with them at a home reported to be vacant. Investigators in Columbus believe a space heater near a mattress caused that fire.

The property owner was charged with a housing code violation for a different occupied home that lacked heat.