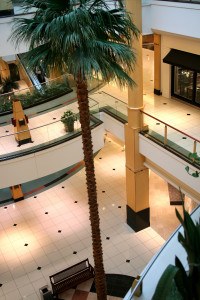 Officials says a moving melee involving scores of juveniles at the Mall of America took police and security officers over an hour to control as shoppers packed the sprawling shopping center the day after Christmas.

Mall spokeswoman Bridget Jewell says about 50 young people were involved in a fight at a food court Monday afternoon and that dozens of them then swarmed through the Minnesota mall as bystanders ran into stores to get out of the way.

Fifteen-year-old Makenzie Shofner tells the Star Tribune that some of the mob grabbed items from shoppers and kiosks.

Police brought the melee under control after about an hour.

Mall officials say they did not lock down the mall, that no weapons were involved and no serious injuries were reported in the disturbance.