The state has begun issuing fines to contractors, painters and landlords if they don’t take proper precautions before working on walls, windows or doors covered with lead paint. 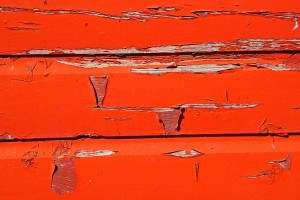 The Des Moines Register reported Tuesday that state regulations have been in effect since April 2010 but officials held off on the fines, giving contractors and landlords time to become familiar with the new rules. Beginning last week, those who don’t observe the rules have faced fines of up to $5,000 per incident.

“A lot of them just said they didn’t know about it,” said Kane Young, an Iowa Department of Public Health administrator who helps run the program. “We’ve been doing warnings so far. But Sept. 1 was kind of a line in the sand.”

The rules, which require an eight-hour training course for contractors and others to become certified in safe lead-removal practices, don’t apply to residents who do the work themselves.

Young said most fines will likely be in the hundreds of dollars. The most severe punishments would probably be in cases where children have been poisoned because of carelessness during renovations.

Lead paint is common in older buildings, and renovations often kick up dust and paint chips that children can swallow or inhale. The lead can cause brain damage. Seven percent of Iowa children younger than 6 have high lead levels in their blood, a rate that is more than four times the national average, experts say. That’s mainly because the state has so many older homes, Young said.

The state law follows federal law and applies to work being done on buildings built before 1978. While the rules don’t apply to people who do the work themselves, residents are encouraged to take the same precautions required by professionals, Young said.

“I’d say about 30 percent of the guys who come in are grumpy. You know, ‘I’ve been eating lead paint chips for 30 years and I’ve been fine,’ ” she said. “But by the time they leave, they’re glad they came.”

Trevor Williams, a landlord who attended one of Papian’s courses, said some contractors fear the new rules will add significant costs to their projects.

Williams, part owner of Des Moines Building and Land Inc., which owns rental properties in the city, said he supports the training despite the extra work it brings.

“To have children get poisoned from lead is so preventable, it’s ridiculous,” he said.