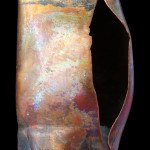 A broken pipe flooded courtrooms and offices and damaged computers and other high-tech equipment at the Thomas Eagleton U.S. Courthouse in St. Louis on Wednesday, forcing some court hearings to be rescheduled and potentially costing millions of dollars to repair.

Jim Woodward, clerk of the U.S. District Court, said a maintenance worker arrived about 5:30 a.m. Wednesday to find flooding on several floors of the courthouse parking garage. He tracked the water to a leak in a holding cell on the 17th floor of the 29-story building. The holding cell is a place where prisoners are briefly kept as they await hearings – usually for only a few minutes. The cell was vacant when the leak began sometime after 10:30 p.m. Tuesday.

The amount of water was enormous, Woodward said _ so much that it continued to pour down through the building well into Wednesday afternoon, more than seven hours after the leak was stopped.

“They’re up there now vacuuming it up, but there’s still evidence of water seeping from higher floors to lower floors,” Woodward said.

Woodward said the cost of repair has not been determined, but it will be high. Seven courtrooms on the south side of the building were damaged, said Angela Brees, spokeswoman for the General Services Administration, the landlord for the courthouse. Woodward said they included rooms for U.S. District Court and for U.S. Bankruptcy Court.

“Dry wall, ceilings, the carpet, the laminate wood and veneer on the judges’ bench, all the high-tech courtroom equipment – it’s all damaged,” Woodward said. “I’m hoping some of what got wet isn’t ruined, but no doubt some of it is.”

Brees said dehumidifiers and drying equipment have been brought in, and ruined wet material is being removed. An environmental team will arrive this week to monitor air quality in the building, she said.

Courtrooms on the north side were undamaged. The Eighth U.S. Circuit Court of Appeals courtrooms, and offices for the U.S. Attorney, are above the 17th floor and also were not damaged.

The government is self-insured. Some of the repair costs will be paid from the courthouse budget, some by the GSA, Brees and Woodward said.

Woodward said that for the next several months, north-side courtrooms will be shared among judges. Some hearings will have to be rescheduled but he doesn’t believe any will be postponed. The Appeals Court’s three courtrooms will also be available for some hearings.

Brees said it will likely be at least six months before complete repairs are made.

The courthouse, completed in 2000, is named after longtime U.S. Sen. Thomas Eagleton, a St. Louis Democrat who died in 2007. At 557 feet tall, it is the nation’s tallest courthouse.