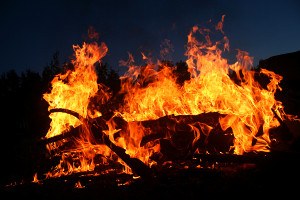 The fires have hit abandoned homes, barns, outbuildings, fields and ditches in Hardin and Union counties.

The Columbus Dispatch reports Friday that county officials says a meeting this week with the state fire marshal’s office revealed more suspicious fires than they were originally aware of.

Only four fires have been officially labeled arson but authorities broadened their investigation because so many other blazes were part of a pattern involving abandoned properties.