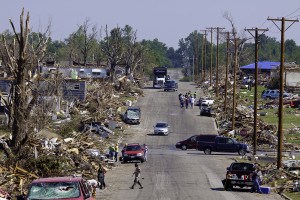 Missouri officials say the insurance payout from the May 22 Joplin tornado will be the largest payout in the state’s history.

The Missouri Department of Insurance says it expects the claims to eventually total between $1.5 billion and $2 billion.

The department says as of June 30, insurance companies had paid more than $509 million in tornado claims.

The Joplin Globe reports that the previous largest insurance payout was $800 million after a 2000 hailstorm in St. Louis.

Department spokesman Travis Ford says the department continues to receive complaints from those affected by the tornado. Residents have filed 734 complaints since May 22, with 444 filed by homeowners. Ford says some of the complaints were unrelated to the tornado.

He says 695 complaints are closed and nearly $1 million recovered.