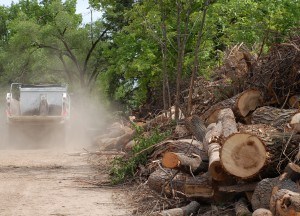 As Joplin, Mo., attempts to clean up after what’s been deemed the single most destructive tornado in U.S. history, other Midwest states continue to assess damage to recent tornado-producing storms.

The National Weather Service confirmed that damage left behind after storms in eastern Iowa on May 22 was caused by at least four tornadoes.

A tornado touched down west of Marengo causing a path of damage about six miles long and 75 yards wide.

The Des Moines Register reported that a survey teams from the weather service inspected damage at the site and rated it as an EF2 storm with winds about 130 miles per hour.

A second tornado formed near Parnell with winds topping 80 miles per hour. A third tornado was reported in Howard County that damaged buildings and trees. It also produced top winds of 130 mph. A fourth tornado touched down in Fayette County.

In southern and central Indiana, crews worked to clean up damage and restore power in many communities the day after thunderstorms swept across the area.

The storms on the evening of May 23 blew down trees and caused scattered damage in a swath from Terre Haute through the Bloomington area to Jeffersonville. Authorities had no immediate reports of serious injuries.

A large tree fell on an apartment building in Bloomington near the Indiana University campus, but no one was hurt. Complex owner Maribeth Coller tells The Herald-Times that at least four apartments are completely destroyed

The Republic reports that at least two dozen windows were blown out at Columbus East High School.

A man using a chainsaw to help clear a tree from a blocked roadway collapsed and died, his family said, a second confirmed death related to a tornado that tore through Minneapolis, Minn., injuring dozens of people and destroying hundreds of homes.

Family and friends of Rob MacIntyre said the 53-year-old collapsed about 6 p.m. on May 22, not long after helping clear the tree that was toppled by the tornado. Dave Soderstrom, who had been helping MacIntyre, said paramedics didn’t arrive immediately because they had to travel on foot through impassable streets.

“They worked on him for 45 minutes,” Soderstrom said. “They tried everything multiple times. He just didn’t revive. He didn’t react to anything.”

MacIntyre was president of the Iowa-based Raptor Resource Project, the organization behind an “Eagle Cam” in Decorah that has attracted worldwide attention over the Internet. The group issued a statement mourning his death.

Residents seemed to be in shock as they emerged from their homes and saw toppled trees, missing garages, roofs on the ground and dangling power lines, all left behind after the tornado, which killed two people — including MacIntyre — and left 29 injured.

Preliminary estimates put damage from a tornado in Reading, Kan., that killed one person at $2.2 million. The tornado was estimated to have had winds of up to 165 mph.

The storm claimed one life as it moved through a corridor of northeast Kansas, causing extensive damage to Reading, a town of about 250 residents some 50 miles south of Topeka.

Authorities have identified the person killed as 53-year-old Don Chesmore, who was in a mobile home that flipped over. He was taken to a hospital in Emporia, where he was pronounced dead.