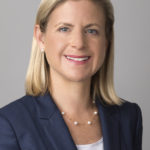 Krass previously served as General Counsel for the Central Intelligence Agency (CIA) and is currently a partner in the Washington, D.C. law office of Gibson, Dunn & Crutcher.

She will report to Peter Zaffino, chief executive officer, General Insurance, and Lucy Fato, executive vice president and general counsel, AIG. In this role, Krass will oversee the General Insurance global legal department and serve as a member of the Executive Leadership Team for that business unit.

Ballantyne will be responsible for the day to day oversight and performance management of Brit’s North American claims service providers, as well as supporting Brit’s leading claims team based in London.

He joins Brit with a wealth of experience and a proven track record of leading improved claim performance at both the regional and national level in his previous roles. He has 20 years of experience within the insurance industry, most recently as vice president for Liability & Property Claims at Crum & Forster. Prior to this, Ballantyne held a number of senior claims roles at The Hartford.

Paul Peterson has been promoted to assistant property supervisor. With more than 12 years of experience, he advanced through the Vanguard ranks moving from outside field adjuster to desk examiner to his current position. Now managing a two-person team of examiners, his new Property unit specializes in customized program implementation for commercial, residential and mixed lines of coverage.

John Croom joined Vanguard as director of CAT Services for Vanguard Adjusters Group. In his new position, he will provide the strategic leadership to continue Vanguard’s nationwide expansion of its catastrophic claims administration. He specializes in building CAT response plans that are both versatile and flexible – everything from small, highly mobile claims units, to full network utilization of hundreds of field personnel that deliver consistent results for clients. His depth of experience with first-party commercial and residential risks, surplus lines exposures, as well as flood and personal auto lines, allows Vanguard’s CAT response to be both nimble and comprehensive.

Gary DiCicco is bringing more than 24 years of experience to Vanguard as a property administrator. His background as a multi-line adjuster provides a unique advantage to the Vanguard Property Department. His knowledge of casualty claims also enables him to assist the liability department during periods of increased influx of claims.

David Ross has been hired as a property administrator. Having expertly handled hundreds of recent CAT claims resulting from both Harvey and Irma, he is filling a new examiner role within the Vanguard Property Department. With more than 24 years of experience, his ability to quickly analyze a loss and bring claims to a speedy and fair conclusion exemplifies the level of customer service Vanguard strives to provide to clients.

Elizabeth Smith joins Vanugard as a property administrator. With more than 22 years of experience, Smith has mastered all ISO policies including Homeowners, Dwelling and the Commercial Property coverage forms. And, from her prior position as an outside field adjuster, she has firsthand knowledge of and the ability to prepare damage estimates, allowing Vanguard to handle many desk adjustments when applicable.