Marsh announced the appointment of Sastry Durvasula to the newly created role of chief digital officer and chief data & analytics officer, effective August 14, 2017. He will be based in Phoenix and report to John Drzik, president, Global Risk & Specialties, Marsh. 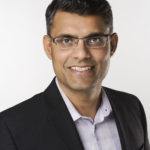 In this new role, Durvasula will be responsible for leading the strategic design, development and delivery of Marsh’s digital capabilities, data and analytics and client-facing technology across the firm’s global business. He will also be responsible for Marsh ClearSight, the provider of risk, safety, and claims management software.

He joins Marsh from American Express (AmEx), where most recently he was enterprise head of Data and Digital Technology. In that leadership role, Durvasula had overall responsibility for the transformation and delivery of AmEx’s internal- and external-facing data and digital capabilities.

Widely recognized in the industry for his track record of developing innovative and ground-breaking products, Durvasula joined AmEx in 2002. He holds several patents and plays an active role in leading industry consortia.

The Drone Advisory Committee (DAC) was announced by FAA Administrator Michael Huerta at the AUVSI Conference in May 2016. This federal advisory committee was formed to provide an open venue for the FAA and key decision-makers supporting the safe introduction of UAS into the National Airspace System. The DACSC is comprised of members of the DAC as well as additional organizations and provides the detailed technical analysis required for the DAC to be successful.

The DAC is intended to be a long-lasting group. It will help identify and prioritize integration challenges and improvements, and create broad support for an overall integration strategy.

American International Group, Inc. announced the appointment of Seraina Macia as executive vice president and chief executive officer of a new planned subsidiary that aims to transform the way that AIG delivers and underwrites commercial insurance. The appointment is effective immediately.

Macia will report to AIG President and CEO Brian Duperreault, and serve on the company’s Executive Leadership Team (ELT).

On May 15, 2017, AIG announced its intention to acquire Hamilton USA, the U.S. platform of Hamilton Insurance Group (Hamilton), to continue accelerating AIG’s application of emerging technology and data science to transform underwriting and claims. She served as CEO of Hamilton USA.

Following the acquisition’s completion, which is expected in the fourth quarter of 2017, Macia will lead the newly acquired platform, which is expected to put AIG at the forefront of the insurance industry. She will also play an integral role in the accelerated development of Attune, the data- and technology-driven joint venture formed last year by AIG, Hamilton and Two Sigma Investments, LP (Two Sigma). Attune focuses on the $150 billion small commercial insurance segment.

She joins AIG from Hamilton USA, where she was appointed CEO in 2016. Prior to this, she held executive positions at AIG, including CEO and executive vice president of Regional Management & Operations, and was a member of AIG’s ELT. Prior to this role, she was CEO and president of AIG’s EMEA region, with responsibility for 47 countries across Europe, the Middle East and Africa.

Macia’s increasingly senior roles in the insurance industry have included CEO of XL Insurance North America, president of Zurich North America Commercial Specialties business, and head of Investor Relations and Rating Agency Management of Zurich Insurance Group. She was also a founding partner and financial analyst for NZB NeueZuercher Bank in Switzerland. Between 1990 and 2000, she held various management positions within underwriting and finance at Swiss Re in Switzerland and Australia.

She has received numerous industry awards, including the INN Women in Insurance Leadership Award (2012). She was nominated as Young Global Leader by the World Economic Forum in 2009 and was a Business Insurance Women to Watch honoree the same year.