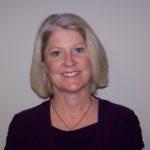 Kornesczuk joined Great American in 1990 as a senior underwriter. She was named chief underwriting officer of the Executive Liability Division in 2006, and was promoted to divisional executive vice president in 2013, also assuming responsibility for the Division’s marketing functions. She has over 32 years of experience in the management and professional liability industry.

Prior to joining Rising, Howlin was senior vice president of National Sales with Optum, a division of United Healthcare Group. He joined Optum via PMSI in late 2008 and played a number of vital client-facing leadership roles during its change and evolution. Before Optum, he served as regional vice president for Medical Services Company, where he was responsible for expanding MSC’s footprint into new regions and significantly contributing to the company’s overall success.

Howlin is currently president of the New York Claims Association, a 103-year-old organization dedicated to the advancement of professional ethics and education in insurance claims management.

American International Group, Inc. announced that Donna DeMaio will rejoin AIG as executive vice president and chief auditor on April 17. DeMaio will report directly to the Audit Committee of the AIG Board of Directors, and administratively to Peter D. Hancock, president and chief executive officer. She succeeds Martha Gallo, (who was recently named chief information officer), and will join AIG’s Executive Leadership Team.

Gaines has a strong background in occupational medicine, brings 30 years of experience in directing medical management programs and finding solutions to provide high-quality care to his new role. In addition to his practice at Baylor Scott & White Health in College Station, Texas, he has served as national medical director for a large property and casualty insurance carrier and previously worked for Procter & Gamble and Conoco Phillips.

Board Certified in Preventive Medicine – Occupational Medicine and in Internal Medicine, Gaines is active in the American College of Occupational and Environmental Medicine, the Texas Occupational Medicine Association and the Workers’ Compensation Research Institute. He has coauthored numerous scientific papers and delivered presentations on a variety of topics, including musculoskeletal disorders, back pain, occupational health, and delayed recovery from work injuries.

He earned his Doctor of Medicine degree from Texas Tech University Health Sciences Center in Lubbock, Texas. He conducted post-graduate work in internal medicine at the University of Texas Medical Branch in Galveston and received his Master’s in Public Health from Medical College of Wisconsin in Milwaukee.