The GEICO board of directors announced the election of Troy Penry to assistant vice president of the company’s national claims operations. He will take on responsibility for leading GEICO’s auto damage operations across the country. 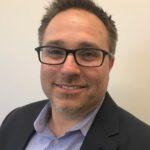 Penry joined GEICO in 1995 as a service counselor in the company’s Dallas regional office and transferred to auto damage in 1998. In 2001 he was selected for the supervisor-in-training program in Dallas.

Later he serving as an analyst/auditor and went on to become a supervisor in the Killeen and Austin areas. He was promoted to manager in auto damage in 2010, with responsibilities for Dallas, northeast Texas and Kansas. He was named auto damage director for GEICO’s Tucson regional office last year.

For his work and that of his team’s efforts, Penry was among those who earned a Corporate Quality Award for their performance after Hurricane Sandy.

SUNZ Holdings appointed Theodore “Ted” G. Bryant, Esq. to the position of executive vice president and chief legal officer. He will report directly to Steven F. Herrig, CEO and chairman of the Board.

In this newly created position, Bryant will be responsible for leading the law department across the company including having principle oversight over matters such as corporate governance as it relates to contracts, regulatory compliance and general corporate matters for SUNZ Holdings and its affiliates. He will also play an important part in the growth and development of the holding company’s affiliates, capital raising activities, mergers and acquisitions, and supporting the business development efforts.

Before joining SUNZ, Bryant served as general counsel, secretary, and executive vice president at CountryWide HR where he was head of the legal department for the holding company and its staffing and PEO subsidiaries. Bryant also served as general counsel, secretary and senior vice president at a regional insurance company prior to his tenure at CountryWide HR. Throughout his 20-year legal career, Bryant has been responsible for corporate legal oversight, regulatory matters, compliance and litigation, and has been a consultant to numerous businesses.

Perkins is responsible for reviewing, processing, and handling workers’ compensation claims as assigned by Lisa Whitten, claims supervisor for the Tennessee Claims team. Perkins determines the compensability of the claim and extent of liability and communicates directly with clients, employers, injured workers, physicians and attorneys to manage claims in a timely and economic manner.

Perkins came to BSA in June 2007 as a claim assistant.

In a separate announcement, BSA hired David Sanchez in February 2017 as a senior claim representative for the Charlotte, N.C., claims team. He will work out of the Raleigh, N.C., office, according to Jeff Pettus, president and chief executive officer.

In his position as senior claim representative, Sanchez is responsible for reviewing, processing and handling medical workers’ compensation claims as assigned by Shirley Girard, claims supervisor in the BSA Raleigh, N.C., office. Sanchez determines the compensability of the claim and extent of liability. He also communicates directly with clients, employers, injured workers, physicians and attorneys, and manages claims in a timely and economic manner.

Sanchez has over 15 years of experience working with large, nationally recognized insurance companies in both permanent and contractor positions. His previous employer was Ascendant Claims Services out of Coral Gables, Fla., where he held the position of workers’ compensation litigation adjuster.

Insurers May Rethink Property Risk After Unprecedented Losses From Riots