Guy Carpenter & Company, LLC, a global risk and reinsurance specialist and a wholly owned subsidiary of Marsh & McLennan Companies, announced the appointment of James Nash to the newly-created role of president, International, subject to regulatory approval.

Guy Carpenter’s International Division will consist of all operations in the Europe, Middle East and Africa (EMEA), Latin America and Caribbean, and Asia Pacific regions. A successor for Nash in Asia Pacific will be announced in 2017.

Nash joined Guy Carpenter in 1985 and assumed his present role in 2008.

Gragson, who has more than 30 years in the property and casualty (P&C) claims industry, will be responsible for all facets of the company’s U.S. Catastrophe Services Division.

He previously served in several senior leadership roles for insurance carriers and independent adjusting companies in both the catastrophe and daily claims segments of the business.

Gragson will be based in Dallas, Texas and will report to the president and COO of Cunningham Lindsey, U.S.

In this expanded role, Sullivan will serve as the reporting officer for Great American’s Environmental Division, Great American Custom and Great American Professional Risk Insurance Services, in addition to his current reporting responsibilities for Republic Indemnity, Strategic Comp and Summit. 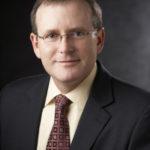 Sullivan has 25 years of insurance experience. He began his insurance career with Great American’s former commercial division in 1991 as a workers’ compensation product manager. He left the Company in 1998 in conjunction with the sale of Great American’s Commercial Division to Ohio Casualty Group (now part of Liberty Mutual). While at Ohio Casualty, he held various leadership roles, including senior vice president of Commercial Lines. He rejoined Great American in 2007, most recently serving as senior vice president. 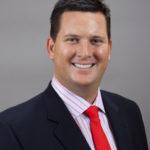 Thompson began his career with Great American in 2006 and has held various positions of increasing responsibility within the P&C Group, including divisional president of Great American’s AgriBusiness Division. He was promoted to divisional group president within its P&C operations in 2014.