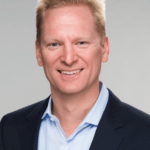 In his new role, Huebner will be responsible for managing all aspects of enterprise risk for the company, including traditional risk management, reinsurance, corporate insurance and business resilience. Huebner joined CSAA Insurance Group in 2001 as manager of risk finance and captive operations, and most recently served as the vice president of treasury overseeing an insurance and pension assets investment portfolio of $7 billion.

Currently, Huebner is the chairman of the board of governors for the California Insurance Guarantee Association, a $3 billion organization that takes responsibility for insolvencies of member insurers. In addition, he also serves on the board of directors for AAA Life Insurance Company and Junior Achievement of Northern California.

Swiss Re announced the appointment of Mike Hudzik to head of its North America Casualty Hub, effective January 1, 2017. Hudzik will also join the Americas Management Team and Casualty Management Team and will report directly to Steve Arora, head of Casualty Underwriting for Swiss Re globally.

Hudzik has spent his entire career in the North American Casualty space and brings more than 30 years of experience to the role. He has been with Swiss Re for nearly two decades and has a strong focus on technical underwriting, managing successful client relationships, leading complex deals and managing portfolios.

He previously served as a senior vice president at Swiss Re, overseeing casualty reinsurance treaty underwriting management for global and large clients. 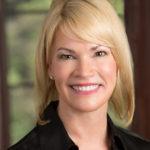 Most recently Sinclair was president and CEO of Sinclair Board Advisors, serving corporate boards in director recruitment and assessment, and executive director of Leading Women Executives, a national leadership program for high-potential female professionals. Earlier in her career, she founded SMS Partners, a consulting firm specializing in change management, and was an advisor for four years to McDonald’s Corporation on a global technology initiative. She also served as vice president for Career Education Corporation, supporting the board and executives during a period of significant regulatory, financial, and operational challenges.