The Board of Directors of Economical Insurance named Rowan Saunders president and CEO effective November 1, 2016. This follows the announcement on February 19, 2016, that current president and CEO, Karen Gavan, will retire from the company and the board this year.

Having served as president and CEO of RSA Canada since 2003, Saunders will advance the company’s strategic initiatives, including:

Gavan will remain as president and CEO until Mr. Saunders assumes office.

In her five years at the helm of Economical, Gavan successfully led the company through a period of transformational change. Under her leadership, the company established a bold vision and strategy for profitable growth and long-term success. It grew significantly while transforming its operating platform. 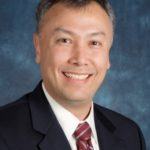 Hoagland joined GEICO in 1994 as a telephone claims representative and advanced through several assignments before becoming a manager in 2002. Hoagland then completed the executive assistant program at the company’s headquarters in Chevy Chase, Md., and was named director of claims home office systems.

Embodying the enterprise approach the company delivers to its customers as an integrated specialist insurer, Lange will lead QBE’s go-to-market activities in the 13-state region consisting of Iowa, Illinois, Indiana, Kansas, Kentucky, Michigan, Minnesota, Missouri, North Dakota, Nebraska, Ohio, South Dakota and Wisconsin. Based in Chicago, he will be accountable for the region’s profitable growth across QBE’s specialized insurance business portfolio, as well as the development of all agent and broker relationships in the region. He will oversee business planning and collaborate with Underwriting and Claims leadership to drive service excellence, and build the strongest partnerships with agents, brokers and clients.

Lange brings to QBE more than 20 years of experience in building and leading teams to exceed growth and profitability objectives across multiple product and customer segments in the insurance industry. He comes to the company from Hartford Financial Services Group, where he spent 14 years in leadership roles of increasing responsibility. Most recently, he served as division executive of The Hartford’s Midwest Division, leading a team of 55 professionals. Before The Hartford, he held leadership and client relationship roles at CONSECO, Channelpoint Inc., Deloitte & Touche, Hewitt Assoc. and Marsh & McLennan Inc.

NeCastro joined Penn.-based Erie Insurance in 1996 as manager of internal auditing and was promoted to senior vice president and controller in 1997. In 2008, he broadened his experience, taking on the role of senior vice president of product and policy services, overseeing customer service, personal and commercial product development and processing areas.

Previous to his selection as ERIE’s next CEO in May 2016, he held the position of senior vice president and regional officer of ERIE’s west region. This encompasses the sales and agency responsibilities in the western half of ERIE’s 12-state footprint.

Prior to joining Erie Insurance, NeCastro held positions as the director of finance at Plastek Group and as a senior manager at Ernst & Young.