Takata Corp., the airbag supplier behind the industry’s largest ever recall, routinely manipulated results of airbag inflator tests reported to Honda Motor Co., according to an ongoing audit commissioned by the parts maker and its biggest customer. 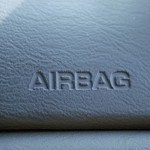 “We have found examples of what I would call ‘selective editing,’ where they have left out results not because they were bad results, but because the results that remained were better,” said O’Neill, whose hiring hasn’t previously been reported. “We found evidence that the report that went to Honda was a shorter version of the original version, and it was a prettier shortened version.”

Findings of pervasive data manipulation and misrepresentations to carmakers could complicate Takata’s efforts to restructure and secure potential buyers following the biggest safety crisis in the auto industry’s history. Takata needs its customers’ backing to help weather costs of recalls that may exceed 100 million airbags worldwide.

The results of the audit will factor in Honda’s investigation into whether it should recall some additional Takata inflators, Chris Martin, a spokesman for the automaker, said by e-mail. The company has already said no new Honda or Acura models under development will be equipped with Takata-supplied inflators.

“Takata has previously acknowledged and deeply regrets issues related to the integrity of Takata’s inflator validation testing and reporting of test results to its customers,” said Jared Levy, a spokesman for the company. “These issues are totally incompatible with Takata’s engineering standards and protocols and entirely inexcusable.”

Takata fell as much as 4.8 percent Tuesday and closed down 2 percent in Tokyo trading. The shares have lost 69 percent of their value during the last year, valuing the company at about 32.1 billion yen ($303 million).

In one instance, Takata’s manipulation of airbag inflator test results in 2000 emerged last year as part of a lawsuit against the company on behalf of Patricia Mincey, a Florida woman who became a ventilator-dependent quadriplegic following a low-speed collision in her 2001 Honda Civic. Honda recalled the vehicle four days after the incident in June 2014. Mincey died earlier this year.

Brian Mayville, a Takata engineering manager, said during a deposition taken in November that select reports were not properly represented to Toyota and GM.

Kevin Fitzgerald, an engineer who left Takata in 2014, said he witnessed alteration of test reporting when working on an inflator for Nissan in 2005. During his deposition in February, Fitzgerald said he reported data misrepresentation by fellow engineer Shinichi Tanaka to managers and the company’s lawyers. After telling Fitzgerald corrective action would be taken, the company made Tanaka his boss, he said.

Takata didn’t respond to requests for comment on Fitzgerald’s deposition and didn’t answer whether Tanaka still worked for the company or was available for comment.

The latest revelations come amid attempts by Takata and its adviser, Lazard Ltd., to find buyers for the company. The company has contacted as many as 20 possible bidders, people familiar with the matter have said. It’s open to a sale to a private equity partner, a parts supplier or a combination, said the people, who asked not to be named because the matter is private.

As many as 15 deaths, including 10 in the U.S., have been linked to defective Takata airbag inflators that rupture and spray plastic and metal shards at drivers and passengers. Ruptures also have resulted in more than 100 serious injuries, according to the National Highway Traffic Safety Administration.

The audit O’Neill is conducting on behalf of Honda and Takata initially focused on airbag inflators the company validated in North American for vehicles in the region, he said. Honda hasn’t been provided final results of this phase, which is nearing completion, said Martin, the automaker’s spokesman.

The next phase for O’Neill and his team is to review more data pertaining to worldwide Takata inflators for Honda vehicles. Once they receive the data, this phase of the audit may take two to three months, he said.