CO2 levels rose to nearly 398 parts per million, from 396 ppm in 2013, the World Meteorological Organization said. 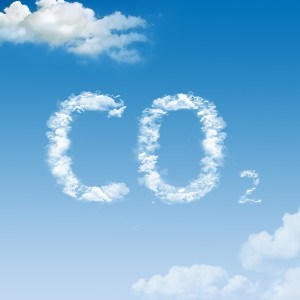 The CO2 level fluctuates throughout the year and the monthly average crossed the symbolic 400 ppm threshold in March 2015. The WMO said the annual average “is likely to pass 400 ppm in 2016.”

Pushed by the burning of coal, oil and gas for energy, global CO2 levels are now 143 percent higher than before the industrial revolution. Scientists say that’s the main driver of global warming.

WMO said methane levels reached a new high of about 1,833 parts per billion in 2014. About 40 percent of methane emissions come from natural sources and about 60 percent from human activities, like cattle breeding, rice agriculture and the extraction of fossil fuels.

“Every year we report a new record in greenhouse gas concentrations,” WMO Secretary-General Michel Jarraud said. “We have to act now to slash greenhouse gas emissions if we are to have a chance to keep the increase in temperatures to manageable levels.”

World governments are meeting in Paris later this month to craft a new U.N. pact to rein in greenhouse gas emissions. More than 150 countries including top greenhouse gas polluters China, the United States, the European Union and India have pledged to cut or curb their emissions in the next decade.

Climate scientists say that if global warming continues unabated, dangerous effects could include flooding of coastal cities and island nations, disruptions to agriculture and drinking water, and the spread of diseases and the extinction of species.