One of the world’s largest bitcoin exchanges has seemingly disappeared, delivering a severe blow to the virtual currency as it struggles to gain legitimacy.

A coalition of virtual currency companies said Tuesday that Tokyo-based Mt. Gox went under after secretly racking up catastrophic losses.

Mt. Gox’s website was returning a blank page Tuesday. The disappearance of the site follows the resignation Sunday of Mt. Gox CEO Mark Karpeles from the board of the Bitcoin Foundation, a group seeking legitimacy for the exotic new form of money. The exchange had imposed a ban on withdrawals earlier this month. 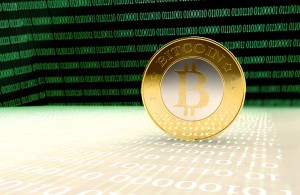 Prominent supporters of bitcoin – including San Francisco-based wallet service Coinbase and Chinese exchange BTC China – sought to shore up confidence in the currency by saying Mt. Gox’s collapse was an isolated case of mismanagement. They said it had abused users’ trust, but did not offer details.

“As with any new industry, there are certain bad actors that need to be weeded out, and that is what we are seeing today,” the statement said.

Since its creation in 2009, bitcoin has become popular among tech enthusiasts, libertarians and adventurous investors because it allows people to make one-to-one transactions, buy goods and services and exchange money across borders without involving banks, credit card issuers or other third parties. Criminals like bitcoin for the same reasons.

For various technical reasons, it’s hard to know just how many people around the world own bitcoins, but the currency has attracted outsize media attention and the fascination of millions as an increasing number of large retailers such as Overstock.com begin to accept it.

Speculative investors have jumped into the bitcoin fray, too, sending the currency’s value fluctuating wildly in recent months. In December, the value of a single bitcoin hit an all-time high of $1,200. In the aftermath of the Mt. Gox collapse Tuesday, one bitcoin stood at around $470.

Central banks across the globe have been hesitant to recognize bitcoin as a legitimate form of money, and Mt. Gox’s virtual vanishing isn’t helping.

Mt. Gox “reminds us of the downside of decentralized, unregulated currencies. There is no Federal Reserve or IMF to come to the rescue. There is no deposit insurance,” said Campbell Harvey, a professor at the Duke University Fuqua School of Business who specializes in financial markets and global risk management.

Campbell believes, however, that Mt. Gox’s disappearance “doesn’t mean the end of the road” for bitcoin and other virtual currencies.

The collapse “might represent the end of the ‘wild west,’ where anyone can set up shop and deal in crypto-currencies,” he said. But “increasingly sophisticated investors” are funding serious ventures that will “raise both quality and confidence.”

Documents purportedly leaked from Mt. Gox lay out the scale of the problem. An 11-page “Crisis Strategy Draft” published on the blog of entrepreneur and bitcoin enthusiast Ryan Selkis said that 740,000 bitcoins are missing from Mt. Gox, which roughly translates to hundreds of millions of dollars’ worth of losses, although figures are fuzzy given Bitcoin’s extreme volatility.

“At the risk of appearing hyperbolic, this could be the end of bitcoin, at least for most of the public,” the draft said.

In a post to his blog, Selkis said that the document was handed to him by a “reliable source” and that several people close to the company had confirmed the figures. Reached by phone, he declined further comment. The Japanese government has not announced any formal investigation.

The scandal may cost customers dearly.

At the Tokyo office tower housing Mt. Gox, bitcoin trader Kolin Burges said he had picketed the building since Feb. 14 after flying in from London, hoping to get back $320,000 he has tied up in bitcoins with Mt. Gox.

Mt. Gox CEO Karpeles did not immediately return several messages seeking comment. A security officer at the office tower said no one from Mt. Gox was in the building. Tibbane, an Internet company that Karpeles is CEO of, still has its name listed on the building’s directory.

“I have no idea” where they are, said Burges, the trader. “I’m both annoyed and worried.”

The disappearance of Mt. Gox could be fatal for bitcoin, which was started as a currency free from government controls. Bitcoin’s boosters say the currency’s design makes it impossible to counterfeit and difficult to manipulate.

But the currency has struggled to shake off its associations with criminality, particularly its role in powering the now-defunct online drug marketplace Silk Road. Only last month, another member of the Bitcoin Foundation, Vice Chairman Charlie Shrem, was arrested at New York’s Kennedy Airport on charges of money laundering.

Authorities have been taking an increasingly hard look at bitcoin and related virtual currencies including Litecoin, Namecoin, Ripple and countless others. Some countries, including Russia, have effectively banned the currency. In other jurisdictions, authorities are weighing whether to try to tame the marketplace through licenses or other mechanisms.

Even if Mt. Gox doesn’t drag bitcoin down with it, there’s fear that the exchange’s demise will push officials to take an even more skeptical stance.

“I think this is disastrous from a (regulatory) standpoint,” Selkis, the enthusiast, said in a message posted to Twitter. “The hammer will now come down hard.”