No buildings constructed after a powerful earthquake struck southwest China in 2008 collapsed fully during last week’s quake in the same province, which means they withstood a major test, an official said Thursday. 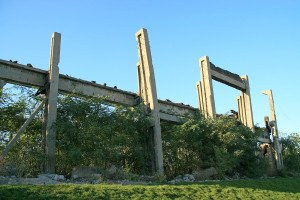 Poor designs and shoddy construction were blamed for the collapse of many schools during the Sichuan earthquake five years ago which left nearly 90,000 people dead or missing. To assuage public anger, central and local government officials in Sichuan province promised then not to cut corners in the reconstruction and to enforce higher safety codes.

On Thursday, an official from Sichuan government’s Housing and Urban-Rural Development Department said the new construction had withstood last week’s earthquake, which was smaller in magnitude and killed 196 people and left 21 people missing.

“We’ve noticed that some buildings cracked and some walls of the buildings collapsed,” but this is “normal,” Qiu Jia told a news conference. “It’s impossible for buildings to remain undamaged at all in major earthquakes.”

But a preliminary survey showed that none of the buildings built after 2008 – including schools and hospitals – collapsed, he said.

“This says that the new projects have withstood the major earthquake test and provided safety to people,” he said.

About 1,500 people are still hospitalized following the earthquake, according to figures provided by Zhao Miao, Sichuan’s vice governor. He said Saturday’s earthquake affected more than 2 million people in more than 100 counties in 10 cities and caused “great economic losses and ecological damage.”

Quakes Thursday in Sichuan’s Yibin city, about 250 kilometers (155 miles) from the center of Saturday’s quake, injured 61 people and damaged or destroyed more than 29,000 homes, the official Xinhua News Agency reported.