A U.S. seismic expert on Wednesday urged authorities in Jamaica to start long-term efforts to prepare for another major earthquake on the island, where the seaside capital was mostly destroyed by a big temblor just over a century ago. 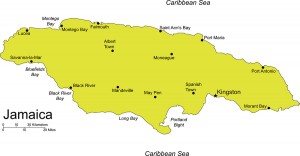 It’s impossible for scientists to determine if the next big quake will hit in days or decades, but geophysics professor Eric Calais of Purdue University is urging the island’s government and various stakeholders to understand that the threat is very real based on the area’s history and active seismic activity.

Calais, visiting the island over four days as part of a mission with the United Nations Development Program, said most scientists agree that Jamaica will most likely be exposed to a quake with a magnitude of 7 or 7.5. An earthquake of magnitude 7 on the Richter scale is considered “major,” and capable of widespread, heavy damage.

Jamaica’s southern capital of Kingston was destroyed and roughly 1,000 people killed in a 6.5-magnitude quake in 1907. Researchers with the University of the West Indies have said that if Jamaica were to be hit by a quake like that one now the island could suffer a $6.5 billion loss, nearly half of the island’s gross domestic product.

“A 6.5 in the harbor by the capital could be a tremendous threat,” said Calais during a Wednesday visit to Port Royal, a town just outside of Kingston which was the island’s main city in the 17th century until an earthquake and tsunami submerged two-thirds of the settlement in 1692.

Calais’ call is especially sobering because in March 2008 he was among a group of scientists who warned officials in Haiti that their country was ripe for a major earthquake after detecting worrisome signs of growing stresses in a fault. Two years later, that fault unleashed a 7.0 quake that devastated the Caribbean nation, with the government putting the death toll at 316,000 people.

Jamaica has a “good foundation” to tackle risks, especially when compared to nearby Haiti, he said. The island is situated along the same seismically active plate boundary as Haiti and experiences about 200 earthquakes per year, most of them small.

“But at the same time, I think it’s important to realize the foundation is not at the level that’s sufficient to face a challenge of a possible magnitude seven or seven-and-a-half,” said Calais, adding that he does not believe that the level of hazard has changed in Jamaica since the 2010 quake that leveled Port-au-Prince.

Earthquakes typically occur along fault lines, areas where two sections of the Earth’s crust grind past each other. When decades of centuries of accumulated stress become too great at a fault boundary, the land gives way, causing a quake.

Lyndon Brown, head of Jamaica’s government-funded earthquake unit, said the island needs to pass legislation to update building codes and then enforce the law to ensure that buildings can better withstand earthquakes.