Smoked salmon tainted with salmonella bacteria has sickened hundreds of people in the Netherlands, sparking major recalls there and in the U.S., Dutch authorities said.

U.S. health authorities say they are also investigating possible effects from the salmon. 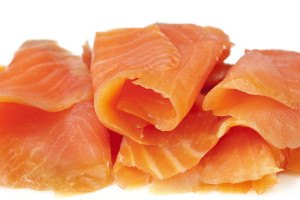 The Netherlands’ National Institute for Public Health and the Environment said the salmon has been traced to the Dutch company Foppen, which sells fish to many major Dutch supermarkets and to stores around the world, including the United States.

The institute said in a statement that around 200 people – and likely more – in the Netherlands and more than 100 people in the United States have been sickened by a strain of the bacteria called Salmonella Thompson.

Harald Wychgel, a spokesman for the Dutch public health institute, said the institute got its information on Americans becoming ill from the U.S. Centers for Disease Control and Prevention.

However, a representative for the CDC said the agency was investigating and had not confirmed any illnesses.

Although other health agencies have access to its database of salmonella cases, the CDC said the Dutch agency is not among them. The CDC has a specific procedure for confirming an outbreak is from a specific cause, including interviews with those who become ill.

Costco Wholesale Corp., which sold the salmon in the U.S., said it had no reports of illness.

Foppen also estimated the number of infections was higher.

Company spokesman Bart de Vries said that since the company set up a public information phone line two days ago, some 1,400 people had called and around 350 of the callers “reported symptoms consistent with a salmonella infection.”

Those infected by the salmonella bacteria can suffer symptoms including fever, vomiting and diarrhea.

De Vries said that in the United States the company sells only to wholesaler Costco and that Costco would deal with any U.S. recall. It was not clear how much contaminated fish had been sold in America; a Costco representative did not immediately have that information either.

Roel Vincken of the Dutch Food and Consumer Product Safety Authority, which carried out tests confirming the salmonella outbreak, said he had no information on a U.S. recall.

Costco got a call from Foppen regarding the recall late Monday afternoon, said Craig Wilson, vice president of food safety at Costco.

He said Costco immediately pulled the items from shelves and blocked its sale in stores, meaning the products won’t scan at registers.

The smoked salmon was sold under the Foppen name, as well as under Costco’s store-brand name, Kirkland.

Customers who purchased the items will be called by the company Tuesday to notify them of the recall, Wilson said. The calls will be followed up with a letter.

Wilson said Costco’s independent testing of the smoked salmon hasn’t yet turned up any positive results for salmonella. He said the company has not received any reports of illnesses.

De Vries said Foppen did not believe contaminated fish had been sold to any other countries.

Foppen, which processes fish in the Netherlands and at a factory in Greece, is investigating the cause of the outbreak.

“The investigation into the cause is under way and has been narrowed down to one production line at one factory (in Greece),” De Vries told The Associated Press. “We can’t yet say what the cause of the infection was.”

Foppen has halted all production of smoked salmon until the investigation is completed, he added.