Residents of a London apartment tower went to court Monday in a bid to stop their rooftop being used as a missile base during the Olympic Games, saying the unprecedented deployment could make the building a terrorist target. 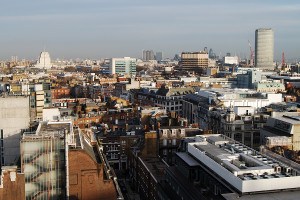 The British military plans to deploy surface-to-air missiles at six sites around London as part of a vast security operation for the July 27-Aug. 12 games.

But residents of the 17-story Fred Wigg Tower in Leytonstone, east London, say they were not consulted about the decision.

Their lawyer, Marc Willers, told the High Court that the residents had “a fully justified fear that installation or deployment of the missile system on the roof of the Fred Wigg Tower gives rise to the additional risk that the tower itself may become the focus of a terrorist attack.”

They claim the missiles breach their rights under the European Convention on Human Rights, which protects an individual’s “right to private life and peaceful enjoyment of their home.”

Missiles also will be stationed at another apartment building, at a reservoir and farmland in east London and along hillsides in south London.

Defense Secretary Philip Hammond has said the missiles – capable of shooting down a hijacked aircraft menacing the Olympic Park – are a prudent part of security precautions intended to provide “both reassurance and a powerful deterrent.”

Hammond says objections to the security plans, which also include 7,500 soldiers, RAF fighter jets on standby at nearby air bases and a helicopter carrier on the River Thames, are confined to “a small number of activists.”

Intelligence officials say there has been an expected increase in chatter among extremist groups ahead of the Olympics, but there are no specific or credible threats to the games. Britain’s terror threat remains at substantial, the middle point on a five-point scale, meaning an attack is a strong possibility.