Rain barrels can reduce home water damage risks during major storms, according to a new study released on Friday by the Insurance Bureau of Canada (IBC) and Wingham, Ontario. 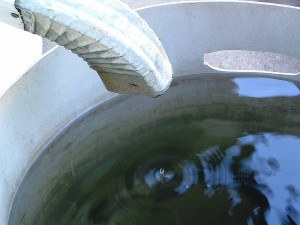 The study was prompted by past home flooding, the result of peak flow through the water system and sewage treatment plant when capacity was exceeded during major storms.

“IBC found that rain barrels, if emptied regularly, could divert 4.5 million litres of rain water runoff away from a municipality’s sewer system and out of homes, which is great news,” said Ralph Palumbo, vice-president, Ontario, IBC. “we also learned that people don’t like to empty their rain barrels.”

The study showed that in the process of installing the barrels, an impressive 72 percent of Wingham’s downspouts were disconnected from the storm and sanitary sewer system, providing immediate relief. Even during heavy rains with direct downspouts disconnected and rain barrels in use, Wingham remained within its storm system capacity.

Water damage insurance claims have soared to $1.7 billion annually in Canada, surpassing fire as the leading cause of damage to homes. The increase in water damage and severe weather spurred IBC to investigate ways to help communities deal with excess water.

A second study is planned for Stratford, Prince Edward Island later this year. The second study will include a simple solution to the full barrel problem: a slow-release drain valve allowing the barrels to empty on their own over 24 hours.