Brits are having to fork out about $7 billion (USD) every year for the cost of botched DIY jobs.

New research from Allianz Your Cover Insurance reveals that over the Easter holiday more than a third (36 percent) of DIY-ers will dust off their paint pots and power drills in the process of home improvements. For 10 percent of Brits DIY will end in disaster and cost them each an average of $ 266 (USD) to repair the damage from spilling paint to breaking windows. 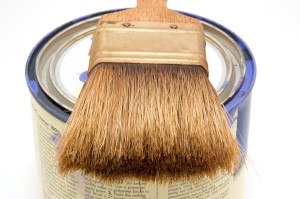 The study shows household belt tightening has forced Brits to take on more jobs around the home over the last 12 months – but that means more can go wrong. Men at work increases the damage costs, causing about $48 (USD) more damage than their female counterparts.

Despite being left with a large repair bill, over half (56 percent) of Brits rate their DIY skills as either ‘good’ or ‘excellent’.

Andy James of Allianz Your Cover said: “Our research reveals that nearly a third of those surveyed have been doing more DIY over the past 12 months and 86 percent said they couldn’t afford to pay professionals or were just trying to save money.”