Lloyd’s of London on Wednesday reported a big loss for 2011, which proved to be the second-costliest year ever in terms of natural catastrophe claims for the global insurance industry. 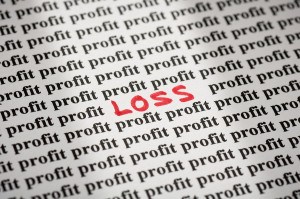 The claims included 4.6 billion pounds for catastrophes, the largest amount in that category in Lloyd’s 324-year history. Total claims from natural catastrophes for the global insurance industry in 2011 were $107 billion, second only to $120 billion in 2005, the year of Hurricane Katrina in the United States, Lloyd’s said.

Major catastrophe claims followed flooding in Australia in January, the second earthquake in New Zealand in February, the Japanese earthquake and tsunami in March, a deadly series of tornadoes in the United States in April and May, and the floods in Thailand from July.

John Nelson, chairman of Lloyd’s, said the market’s capital position was unchanged and it recorded a profit in the second half of the year.

“We know that market conditions are likely to remain tough in 2012,” Nelson said.

Lloyd’s said fears of a double-dip recession had made investors very cautious, particularly in Europe, and the eurozone crisis has slowed insurance growth in the region. However, Lloyd’s said demand for insurance was growing in Asia and Latin America.

Lloyd’s said it was confident of meeting the European Union’s Solvency II regulations on the insurance industry in 2013. Uncertainty about the cost of the new regulations has led one major British insurer, Prudential, to say it was examining the possibility of moving its headquarters out of London.