Celebrity chef Gordon Ramsay is suing his former associate at Montreal’s Laurier BBQ restaurant over lost licensing fees and alleged defamatory comments he says were made about him.

Neither a spokesman for the restaurant nor Lavy were immediately available for comment.

In February, Lavy canceled his contract with Ramsay and changed the restaurant’s name from name from Laurier Gordon Ramsay to The Laurier 1936.

The lawsuit said the agreement was binding for 10 years but could be dissolved if the restaurant declared bankruptcy or did not make at least $4 million in net sales in the first five years.

The lawsuit argues Ramsay met his obligations under the licensing agreement.

According to documents filed in court, Ramsay says Lavy defamed him in announcing the split in an article published in the “Montreal Gazette” on Feb. 16.

Lavy is quoted in the lawsuit as telling the “Gazette” that Ramsay was `”oo busy to come to the restaurant” and that the celebrity chef’s team did nothing the restaurant’s staff couldn’t have done on its own.

He is also quoted as saying Ramsay didn’t understand the owners’ vision, gave only minor tweaks to the menu without providing a “wow” dish and didn’t do promotional efforts such as appearing on a popular TV talk show. 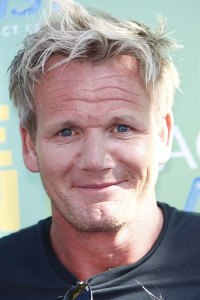 The suit also contends Ramsay’s name had significant value as a brand.

“Negative and critical public comments regarding the plaintiff could have the effect of decreasing the commercial value of his name and any commercial ventures associated with it.”

The Scottish-born Ramsay is internationally known for a string of acclaimed restaurants, popular cookbooks and cooking shows like “Kitchen Nightmares,” “Hell’s Kitchen,” “Masterchef U.S.” and “The F Word.”