The Insurance Council of Australia has declared widespread areas of New South Wales and Victoria a formal catastrophe zone. 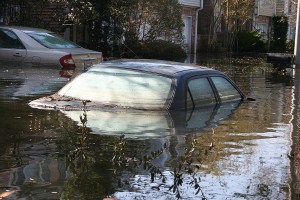 The declaration covers the NSW Riverina, NSW Central West and northern Victoria, where a number of communities have been inundated, forcing thousands of residents from their homes.

ICA CEO Rob Whelan said ICA has established an insurance task force to escalate the industry’s response and ensure policyholders in affected communities received the help they might need as quickly as possible.

“There have so far been fewer than 4000 claims,” he said, “mostly for light storm damage. However we expect claim numbers to increase in the coming days. It is still too early to estimate the cost and extent of the damage, but we are receiving a rising number of claims for over-the-floor inundation of residential properties.

“The situation is being closely monitored and hopefully will ease over coming days and not reach the same levels of damage as last year’s Queensland and Victorian floods.”

Earlier the ICA had declared a catastrophe for the inundation of south-west Queensland in late January and early February, with insurers anticipating A$111 million [U.S.$116.8 million] from 5657 claims for damage to properties, contents, vehicles and businesses.

While the ICA has yet to compile loss estimates from the current series of floods, unofficial estimates have indicated that economic losses could well be in excess of A$1.5 billion [US$1.578 billion]. The BBC reported that the floods were expected to peak at a higher level than in 1974, and could exceed the highest level ever recorded, in 1844.