A fire at Peru’s main state educational materials warehouse destroyed a half million textbooks, 61,000 laptop computers and 6,000 solar panels that had been destined for schools in poor rural communities. 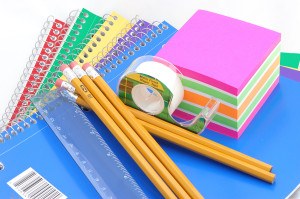 Salas told reporters Friday that the overnight blaze “affects prospects for thousands of Peruvian children to begin classes with the materials and services the state had for them.”

The destroyed computers were purchased from the U.S.-based nonprofit One Laptop per Child Association, which provides rugged, low-cost computers to the world’s most isolated and poorest children.

“This is very sad, and we are heartbroken,” said Rodrigo Arboleda, chief executive of the U.S.-based group.

He said Peru is the biggest single country recipient in the program, which began shipping the low-power, white-and-green XO laptops more than five years ago.

Peru has received 980,000 of the 2.4 million computers delivered by the U.S. nonprofit since the One Laptop per Child global initiative was announced in 2005 by Nicholas Negroponte, founder of the Media Lab at the Massachusetts Institute of Technology.

Arboleda said by phone from Florida that the last batch of XOs sent to Peru, 250,000 in all, was delivered last year. The XOs use low-power processors and Linux software and are designed by the research and development arm of the One Laptop per Child initiative and are built by Quanta computers.

Peruvian officials said the cause of the blaze was under investigation. It broke out about 9 p.m. Thursday and took 11 hours to control.

Many of the books destroyed were in indigenous languages including Quechua and Ashaninka. Salas said most of the texts were for children ages 3 to 5 living in Peru’s east, which has the highest concentration of native-language speakers.

Peru has about 9 million students, and its public education system is consistently ranked among the lowest in the Americas.