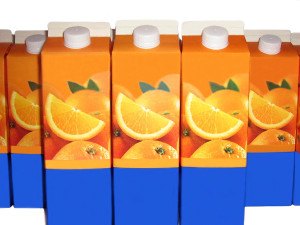 U.S. inspectors blocked 20 shipments of orange juice, 11 of them from Brazil, the world leading orange grower, from entering the country because they contain traces of a banned fungicide, the government said on Thursday.

Since inspections began for traces of carbendazim, 86 shipments have been tested and 46 were declared free of the fungicide. Results were pending on 20 remaining shipments.

“Based on all results we have seen to date, we remain confident that orange juice in the United States may be consumed without concerns about its safety due to the possible presence of such residues,” said the Food and Drug Administration in a weekly report.

Futures prices for frozen concentrated orange juice have seesawed over uncertainty surrounding the possibility that the FDA would ban Brazilian orange juice.

Brazil is the premiere FCOJ exporter and the United States is the largest importer. Brazilian juice accounts for one-tenth of U.S. consumption.

FDA said there was no change in its standard for residues in orange juice. It bars entry of shipments with 10 parts per billion or higher of carbendazin.