Samsung took a hit in its battle against arch-rival Apple on Tuesday, when the European Union announced it will investigate whether it is illegally trying to hinder competitors and Germany blocked sales of some of its tablets. 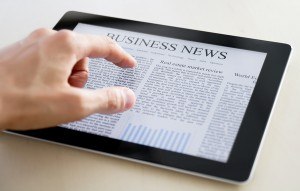 Samsung Electronics and Apple Inc. are engaged in a strategic war over patents in many countries across the world as they try to draw market share away from each other.

The EU’s antitrust watchdog thinks the South Korean company may be overstepping the bounds, however, and launched a formal investigation of whether Samsung is using law suits over key patents on 3G wireless technology to hinder competitors – including Apple.

In Germany, an appeals court ruled in favor of Apple in a separate case, saying Samsung could not sell its Galaxy Tab 10.1 nor the Galaxy Tab 8.9 in the country because they too closely resembled the iPad2, in violation of unfair competition laws.

But the court said Samsung’s successor tablet, the Galaxy Tab 10.1 N, was not affected by the ruling, and Samsung said while the decision was disappointing, it was largely irrelevant.

“Today’s ruling is of little factual relevance due to the new model Galaxy Tab 10.1 N, and … the decision therefore is of no indicative value with respect to other legal proceedings involving the Galaxy Tab 10.1 N,” Samsung said in a statement e-mailed to The Associated Press.

“Samsung will continue to take all appropriate measures, including legal action, to ensure continued consumer access to our innovative products.”

In Brussels, the European Commission said it suspects Samsung of not giving other companies fair access to patents it holds on standardized 3G technology for mobile devices – despite committing to do so in 1998.

A spokeswoman for the Commission said the probe also affects tablets such as Apple’s newest iPad, which uses standardized wireless 3G technology.

A spokesman said it launched the probe after its own investigation of the market, rather than reacting to complaints from Samsung’s competitors. He added that similar probes could also be launched against other companies strategically using patent suits to stop competitors from selling similar devices.

The investigation will now focus on whether in doing so Samsung failed to honor its commitment from 1998 to “license any standard essential patents relating to European mobile telephony standards on fair, reasonable and nondiscriminatory terms.”

Nam Ki-yung, a spokesman at Samsung Electronics in South Korea, said his company was looking at details of the news on the probe but had no immediate comments.

EU antitrust probes don’t have a deadline and the Commission stressed that its investigation does not mean that Samsung did indeed breach the bloc’s competition rules. Samsung now gets the chance to respond to the Commission’s concerns, as will other market participants.

If Samsung is found guilty of unfairly restraining competition, it can be fined up to 10 percent of annual revenue related to the probe.

The probe and victory in the German court for Apple come after the California company has met with several setbacks recently in its fight with Samsung.

Most recently, a Dutch court ruled Jan. 24 that Samsung’s Galaxy Tab tablet was not a copy of Apple’s iPad, and that it could continue to be sold in the Netherlands. That came on the heels of a December decision in Sydney, where the High Court dismissed Apple’s appeal and said Samsung was free to sell its Galaxy tablet computers in Australia.

The battle began in April, when Cupertino, California-based Apple sued Samsung in the United States, alleging the product design, user interface and packaging of Samsung’s Galaxy devices “slavishly copy” the iPhone and iPad.

Samsung responded by filing its own lawsuits that accused Apple of patent infringement of its wireless telecommunications technology.

The fight has spread to about 10 countries, and has highlighted the perception that Samsung – the global No. 1 in TVs and No. 2 in smartphones by sales – is more of an imitator of clever technologies than an innovator in its own right.

Apple, by contrast, is generally viewed by consumers as highly original and inventive.

(Rising reported from Berlin; Hyung-jin Kim contributed to this story from Seoul.)