Pre-emptive strikes by naval forces, the deployment of private armed guards and protective measures by ships helped to almost halve the number of successful hijackings by Somali pirates last year, a maritime watchdog said on Thursday. 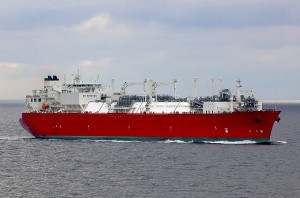 Seaborne gangs are making tens of millions of dollars in ransoms, and despite successful efforts to quell attacks in the Gulf of Aden, international naval forces have limited resources and vast distances to patrol in the Indian Ocean.

The International Maritime Bureau (IMB), which has been monitoring piracy worldwide since 1991, said in its latest report that Somali pirates continued to account for over half the total number of attacks worldwide.

“Pre-emptive naval strikes, the hardening of vessels in line with the best management practices and the deterrent effect of privately contracted armed security personnel have all contributed to this decrease,” IMB director Pottengal Mukundan said.

He said the number of vessels using private armed guards increased last year but the regulation and vetting of guards had still to be “adequately addressed”. Industry players remain concerned over legal issues if there are deaths, and a greater risk of shooting incidents if unregulated security firms are used.

The IMB said that in the last quarter of 2011 alone, pre-emptive strikes by naval forces disrupted at least 20 groups of pirates before they could threaten commercial fleets.

“The overall figures for Somali piracy could have been a lot higher if it were not for the continued efforts of international naval forces patrolling and responding to the threat,” it said.

West Africa also remained a piracy hotspot last year. Attacks in the Gulf of Guinea have increased as the area, spanning a dozen countries, is a growing source of oil, cocoa and metals being shipped to the world’s markets.

While 10 attacks were reported in Nigeria, including two hijackings, the IMB said the number “was not representative of the real threat of Nigeria”.

“Under-reporting of attacks in Nigeria continues to be a cause for concern and IMB states that it is aware of at least another 34 unreported incidents in Nigerian waters,” it said.

In neighbouring Benin there were 20 incidents involving oil tankers, eight of which were hijacked and had cargoes partly stolen. There were no reported incidents in Benin in 2010.

“Although the average length of captivity for ships taken off the coasts of Nigeria and Benin tends to be roughly 10 days, compared to six months in Somali hijackings, IMB warns that these attacks can be more violent,” it said.

The IMB said that worldwide, the number of piracy incidents edged down to 439 last year from 445 in 2010. This followed a four-year stretch of rising piracy and armed robbery.