Police in the Mexican border city of Ciudad Juarez repented over ticketing a 6-year-old boy for reckless driving, driving without a license and not having his vehicle registered after he drove his miniature motorcycle into an SUV. 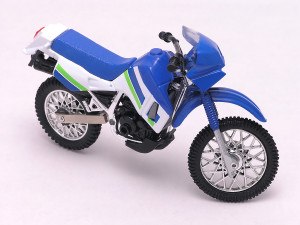 The boy’s mother, Karla Noriega, said police impounded the miniature gasoline-powered motorbike that her son got for Christmas after he crashed into an SUV on Dec. 27.

Noriega decided to go to the media and make the case public after finding out she would have to pay what she called a “ridiculous” $183 in fines to recover the toy motorbike.

City council Secretary Hector Arceluz said Thursday that authorities had dropped the fines, released the motorbike and would punish the police officers for having acted improperly.

Noriega’s son Gael was happy to get his minibike back, but said it no longer works after the accident.