Chile’s Supreme Court has ordered a newspaper to pay $125,000 to 13 people who suffered burns while trying out a published recipe for churros, a popular Latin American snack of dough fried in hot oil. 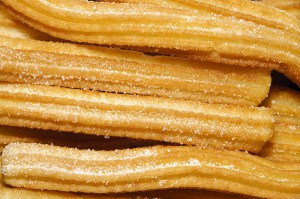 The publisher of La Tercera must pay individual damages to 11 women and two men ranging from as little as $279 to $48,000 for one woman whose burns were particularly severe.

The high court’s ruling was announced Monday, seven years after the readers burned themselves while trying out the recipe.

Judges determined that the newspaper failed to fully test it before publication, and that if readers followed the recipe exactly, the churros had a good chance of exploding once the oil reached the suggested temperature. Grupo Copesa, which publishes the paper, said it will abide by the ruling.

Days after the recipe was published in the paper’s “Woman” magazine in 2004, hospitals around the country began treating women for burns suffered when the dough boiling in oil suddenly shot out of kitchen pots.