Private forecaster Weather Services International (WSI) Tuesday increased to 18 from 15 the number of named storms it predicted for the 2011 Atlantic hurricane season. 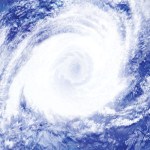 WSI said it still predicted 8 hurricanes, four of which were expected to strengthen into “major” hurricanes of Category 3 or higher on the five-step Saffir-Simpson intensity scale, with top winds of at least 110 miles per hour.

While WSI saw more named storms, the number of hurricanes was the same it had projected in its previous July forecast.

WSI updated its storm forecast for the June-through-November period, as the first hurricane of the season, Irene, churned toward the southeast United States.

The United States has put its entire East Coast on alert for Irene.

There have been nine tropical storms so far this season in the Atlantic basin, including Irene. Storm activity is highest from August to October.

Several other forecasting groups have also predicted a busier-than-average hurricane season this year. The long-term average for the Atlantic-Caribbean season is 11 or 12 tropical storms, with six or seven hurricanes and two or three major hurricanes.

Following are the latest predictions for 2011 for Tropical Storms, Hurricanes and Major Hurricanes: