A recent ruling from the District of Massachusetts suggests that insurers are responsible for training their claims handlers to know and understand the law affecting their insureds’ liability – and that the insurer may be held liable for bad faith, including multiple damages, based on an error of law. 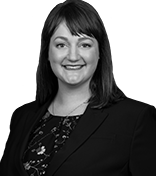 In ­­­­Capitol Specialty Insurance Corp. v. Higgins, Civil Action No. 14-cv-40086-TSH, following a bench trial, Judge Timothy Hillman awarded the plaintiff claimant treble damages totaling $5,400,000 on her claims under G.L. c. 93A and 176D against Capitol, for failing to promptly investigate and settle her claim against Capitol’s insured. (Capitol filed a notice of appeal in May 2019.)

Kailee Higgins, a 20-year-old exotic dancer, was in a catastrophic car crash after working a shift at the insured Worcester nightclub, Centerfolds II. She was reportedly served approximately 12 shots of tequila during her shift and then escorted to her car by a bouncer and allowed to drive home. The judge found as a fact that the club encouraged even underaged dancers to drink at work, particularly when customers were buying the drinks, and served her despite being fully aware of her age.

According to Judge Hillman’s findings, defense counsel appointed by the insurer told the claims handler that the underlying case was indefensible on liability, and there was “zero chance” of a defense verdict. However, the insurer argued in the c. 93A case that liability was not “reasonably clear” at that point, because the plaintiff was herself negligent in driving while intoxicated. This was an egregious error of law: On the claims asserted by Ms. Higgins under the state’s underaged drinking law, contributory negligence could not be asserted as a defense or to reduce damages.

Higgins argued in her suit against Capitol, among other claims, that G.L. c. 176D, §3(9)(c) requires insurance companies to provide training to claims adjusters on Massachusetts tort law, and their failure to do so resulted in a bad faith failure to promptly investigate her claim and to fairly settle it. Judge Hillman implicitly adopted this argument in determining that liability was “reasonably clear” at an early stage, obligating Capitol to settle the matter, and that its failure to do so was “willful, knowing, and in bad faith.”

However, Judge Hillman declined to set the measure of damages with reference to an agreement for judgment entered into between Higgins and the insured club, disagreeing with her argument that the $7,500,000 settlement (of which the club owner paid $50,000) was an “arms length transaction and binding on the Court.” Instead, he assessed damages in the amount of $1,800,000, and trebled based on a finding that Capitol’s violations were willful and knowing:

“Further, once Attorney Stern began handling the claim, [the insured’s] liability became reasonably clear within weeks. Despite Attorney Stern’s blunt assessment that he couldn’t win the case at trial, Capitol continued to prevaricate and string the Plaintiff along. Quite simply, Capitol’s conduct in handling this claim was exactly the type of conduct that C176D & C.93A proscribes.”

Sara Perkins Jones is an associate attorney for the insurance and litigation groups of the Anderson Kreiger law firm in Boston. This article was reprinted with her permission from the firm's Between the Lines blog.