A federal judge in Pennsylvania decided to skip the jury and ruled based on the facts presented in briefings that GuideOne Insurance acted in bad faith by sitting on a church’s property damage claim for six months.

U.S. District Judge Gerald Austin McHugh acknowledged in an opinion issued Tuesday that summary judgments in favor of plaintiffs are rarely granted. Nevertheless, he found that the record showed GuideOne acted in bad faith “as a matter of law” by “ignoring the claim and withholding coverage when it possessed all of the necessary information to determine coverage.” 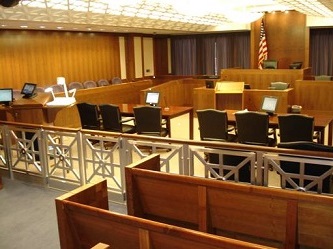 Shawnee Tabernacle Church alleged that as result of the carrier’s inaction, the bank foreclosed on a building that it had been leasing for $88,000 a month. The church had paid $2.8 million in mortgage payments before it lost the building “in a sheriff’s sale,” according to the civil complaint.

McHugh ruled in favor of only a portion of the church’s motion for summary judgment: He found that the evidence showed GuideOne acted in bad faith when it “abandoned” Shawnee Tabernacle’s claim from June 16 through Oct. 5, 2015, and then failing to make a coverage decision from Oct. 5 to Dec. 11 of that year.

The judge left if up to a jury to decide on damages, and whether the insurer had committed bad faith during other periods.

Shawnee Tabernacle Church shared a building with an affiliated business, AZ Day Care Center, in Tobyhanna, Pennsylvania. Together, the two entities purchased a policy with a $6 million limit from GuideOne, an Iowa-based carrier that specialized in churches and nonprofits.

The church’s property was damaged by “a massive water leak” on Jan. 13, 2015. The church says it called its agent within 24 hours.

GuideOne assigned adjuster Brian Baskin to the file. He told the church’s attorney that he was concerned that the building was vacant at the time of the water leak, knowing that a major tenant, the Pocono Mountain Charter School, had vacated the building the previous fall. That would trigger a “vacancy” clause in the policy that precluded coverage.

The church said that the building was not fully occupied at the time of the incident after the charter school shut down, but it was still used for Bible study, prayer meetings, a reception area and as a nursery, according to the church. Some renovation work had even been done to room on the second floor. The suit alleges GuideOne used the vacancy provision as a pretext to delay resolution of the claim.

The church was already behind in its mortgage payments when the water leak damaged the property. It was hoping to lease the property, but was unable to because of the water damage. Eventually, the mortgage holder foreclosed and sold the property, according to the complaint.

As the months passed and no insurance check arrived, the church asked the carrier to send it a copy of the estimate of damages, which it had been told were $1.8 million. Baskin refused, saying it had not yet decided if the damage was covered. He ordered depositions of church leaders to address the “vacancy issue,” but didn’t even review those until two months after they were completed, according to the judge’s opinion. Baskin’s supervisor told him to “settle the matter,” but he made no attempt to reach an agreement with the church, whose leaders were desperate to settle, according to the complaint.

In October 2015, Guideone assigned a new claims adjuster, Larry Brown, to the file. He acknowledged that the case had not been handled properly, according to the complaint. He claimed that he did not have an estimate of damages and asked to inspect the damage again.

In December 2015, the church hired a new attorney. William P. Fedullo of Philadelphia filed a lawsuit alleging that GuideOne had acted in bad faith and demanding damages of at least $2.8 million for mortgage payments the church had made, $1.2 million in lost equity, lost rent during the time the building remained damaged and unoccupied, punitive damages and attorney fees.

Judge McHugh’s order doesn’t resolve the case, but represents a significant victory for the church. The judge said the record is clear that GuideOne acted recklessly. The carrier had failed to comply with a Pennsylvania statute that required it to send its policyholder a progress report every 45 days that it failed to pay the claim. Four 45-day periods had passed and during that time the carrier did nothing to address the merits of the claim, the judge said.

“Baskin did not mistakenly think the delay was appropriate or neglect part of his responsibilities with respect to the claim,” the opinion says. “He stopped working on it altogether, despite knowing what needed to be done, and then defied his supervisor’s instructions to resolve the claim. Even after Baskin was removed from the claim, GuideOne then delayed two additional months before establishing coverage—a delay that can only be viewed as reckless given the age of the claim by that point, the jeopardy faced by the insured, and the company’s possession of all the information needed to resolve the coverage question.”

Claims Journal left messages with the attorneys involved in the case, but received no response as of late Thursday.