Ready for another nor’easter? Computer forecast models indicate there’s a chance of one Monday, but it might be better to catch our collective breath after the last two and let things develop before hitting the panic button. 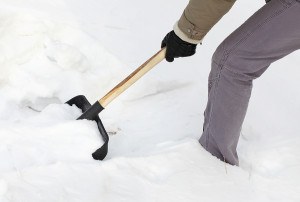 Right now, if a storm does materialize it will likely pass through Virginia and North Carolina before sweeping north over the Atlantic, possibly brushing Boston late Monday en route to Nova Scotia, said Brian Hurley, a senior branch forecaster at the U.S. Weather Prediction Center in College Park, Maryland.

New York will probably be spared even the hint of a snowflake, Hurley said. And if a storm does develop, it won’t pack the wind-power of the March 2 storm or the snowfall of Wednesday’s system, at least in most places.

File this one under things that should be watched – not sweated.

Nearly half a million people remain without power after the latest storm, according to multiple news reports, which dumped nearly three feet of snow in some places.