A Harvard University professor who introduced Americans to the concept of designated drivers to deter drunken driving is now taking on the deadly problem of motorists distracted by cellphones and other electronics.

Jay Winsten is consulting with federal and Massachusetts officials to develop a new generation of public awareness messages.

“We wanted to find out why all efforts to date to tackle distracted driving have utterly failed,” Winsten said. 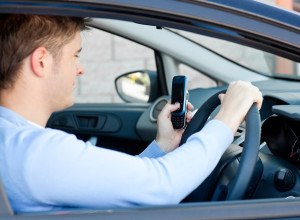 Distracted driving killed 3,477 people in 2015, according to the National Highway Traffic Safety Administration. The Governors Highway Safety Association recently cited it as contributing to a surge in pedestrian fatalities last year. Just last week, after a crash killed 13 people in Texas, a witness said a pickup driver who collided with a minibus acknowledged he was texting; the crash is being investigated.

It’s not as if Americans aren’t aware of the risks, said Winsten, director of the Center for Health Communication at Harvard’s School of Public Health. It’s just that many drivers, surveys show, are mistakenly confident in their own ability to “multitask and handle the problem,” he added.

Paradoxically, those same drivers fear they’ll be victimized by others who text, email or check social media while driving. It’s bravado like that of tipsy drivers confident they can handle the road after a few drinks even if others cannot, he said.

Faced with a surge in drunken driving fatalities in the 1980s, and similarly ineffective public education efforts to reverse behavior, Winsten and colleagues at the center seized upon a concept pioneered in Scandinavia and built a campaign that quickly entered the American lexicon.

It was simple enough. Friends go out, but one – the designated driver – refrains from alcohol and gets the others home safely.

“It promoted a new social norm, a social expectation that the driver doesn’t drink, Winsten said. “It brought social legitimacy to the non-drinking role.”

News coverage and public service announcements spread the message. The designated driver was written into story lines of the beloved bar-set sitcom “Cheers” and other popular TV shows. Today, a majority of adults report having been a designated driver or getting a lift home from one.

As with drunken driving, Winsten said, tough laws, new technology and education must all be brought to bear on distracted driving, which he considers a more persistent and complex behavior to change.

“It’s not like drunken driving, when you worry most about Friday and Saturday nights,” said Emily Stein, who founded the Safe Roads Alliance after her father was struck by a car and killed in 2011. The driver was programming her GPS device at the time.

“This is happening at 8 in the morning on your way to work, at 2 in the afternoon when you are picking up your kids at school, every hour of the day,” Stein said.

Winsten is working with federal highway safety officials to design a campaign that will help shift casual attitudes toward distracted driving, in much the way designated drivers changed attitudes among social drinkers.

The key, he said, is finding a way to convince motorists they have but one job: drive the car. Studies demonstrate the plummet in a driver’s ability, when absorbed by an electronic device, to anticipate potential risks and react in time.

Winsten also hopes to empower passengers, including children, to speak up if a driver is distracted.

Massachusetts got advice from Winsten before launching on its own this week a campaign stressing the importance of drivers being fully engaged. It features the message “Drive Present” below pictures of parents with children.

“Instead of ‘don’t drive distracted,’ which is a ‘no’ message, we’re trying to come up with a way of saying, ‘here is what you need to do, how you need to drive,”‘ said Jeff Larason, the state’s highway safety director.