In bid to fight art fraud, Sotheby’s announced Monday that it had purchased a forensics firm whose founder once helped the auction house belatedly identify a $10 million painting as a fake.

Sotheby’s said that Orion Analytical, based in Williamstown, Massachusetts, will be folded into the company and its founder, the artist, conservator and forensic scientist James Martin, will lead a new scientific research department charged with making sure the works the auction house deals with are authentic.

The purchase comes amid a number of recent art forgeries in the art world, including a supposed Old Master painting that was sold by Sotheby’s to an art collector for $10 million in a private sale in 2011.

In March of this year, Sotheby’s declared “Portrait of a Man” by Frans Hals a fake after questions arose about its authenticity. An in-depth technical analysis by Orion, reviewed by another conservation scientist, confirmed the suspicion. The forger remains unknown.

Sotheby’s said Monday that the acquisition of Orion Martin’s appointment would add to collectors’ confidence in the auction house.

Martin, who founded Orion Analytical in 1990, has analyzed the chemical and structural composition of disputed artworks for clients around the world, including private collectors, museums, galleries and the FBI.

“Rather than being retained on a series of one-off assignments when issues arise, Jamie will be establishing a set of protocols to determine which works should be examined proactively, as well as training our specialist staff to identify potential issues, placing us in a position to provide even greater service to our clients,” in the areas of art, objects and wine, Sotheby’s said.

New York art attorney Peter Stern called Sotheby’s move “brilliant” and said Martin was “one of the most highly respected art analysts in the world.”

Among his nearly 2,000 investigations, Martin examined the paintings in a sensational art fraud case involving the once highly respected Knoedler & Company, a Manhattan gallery accused of selling forged fakes of modern masters like Jackson Pollock and Mark Rothko for millions of dollars. 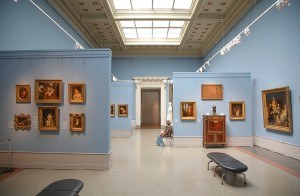 The 150-year-old gallery closed in 2011. The bogus paintings, created by a Chinese immigrant in New York City, were sold between 1994 and 2011. The civil trial ended in a settlement in February. The terms were not disclosed.

“Knoedler’s lesson may well be that art attorneys need to educate clients who are buying artworks to require warranties relating to authenticity,” Chicago-based art attorney Scott Hodes said. “The Orion Analytical acquisition has spotlighted this need.”

“Sotheby’s will definitely be in a better position than its competition to detect forgeries,” he added.

Artworks have long been authenticated based on provenance, style, and paint pigments. But in an art market where buyers think nothing of spending several millions of dollars on one piece of art, scientific examination that uses state-of-the-art technical imaging, molecular analysis, magnified visual inspection and other sophisticated methods, adds another layer of assurance that a work is real. It also can protect buyers and sellers from monetary losses and protect the integrity of artists and their works.

“The range of works offered by Sotheby’s, as well as the breadth of existing expertise and experience, provides for a unique opportunity to leverage my capabilities across the company’s global platform,” Martin said in a statement.