A former “Melrose Place” actress convicted of vehicular manslaughter in a New Jersey court could soon face a civil trial in federal court.

A jury convicted Amy Locane-Bovenizer in 2012 for the crash that killed 60-year-old Helene Seeman in Somerset County in 2010.

The state Department of Corrections website shows Locane-Bovenizer was recently released from prison after serving about 2 1/2 years of a three-year sentence. 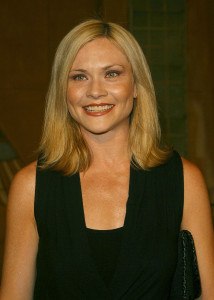 Seeman’s husband sued Locane-Bovenizer in federal court in December 2010 and the case was stayed pending resolution of the state criminal trial. In a letter filed with the court Friday, attorney Raymond Silverman said settlement talks have stalled and his client is no longer interested in a settlement.

Silverman said Fred Seeman wants to move forward with pre-trial preparations so the case is “‘trial-ready’ in the near future.”

Locane-Bovenizer’s attorney didn’t respond to a request for comment Friday.

The federal lawsuit has grown to include claims and counterclaims by Locane-Bovenizer, a couple and a local theater that hosted parties she attended the day of the crash, and a woman whose car she hit and who was following her before the crash.

Prosecutors say Locane-Bovenizer was driving with a blood-alcohol level nearly three times the legal limit when her SUV slammed into a Mercury Milan driven by Fred Seeman as he was turning into his driveway.

Locane-Bovenizer appeared in 13 episodes of TV’s “Melrose Place” and in movies including “Cry-Baby,” “School Ties” and “Secretary.”