The General Assembly is revisiting whether to grant workers’ compensation coverage for certain first responders suffering from post-traumatic stress disorder, such as those who responded to the mass shooting at Sandy Hook Elementary School. 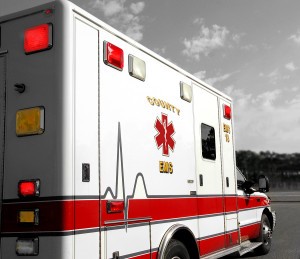 Following a couple years of consecutive defeats, proponents have offered a more limited bill this session that would provide coverage for a police officer, firefighter or emergency medical worker diagnosed with PTSD after witnessing the death of a person or the immediate aftermath of such a death while in the line of duty. Past legislation included other workers who witnessed such carnage.

The latest bill passed the legislature’s Public Safety Committee on a 22-3 vote Thursday. It awaits further action in the state Senate.

A similar bill is being considered in the Labor and Public Employees Committee. Rep. Peter Tercyak, D-New Britain, the panel’s chairman, predicted there will be negotiations in the coming weeks about which employees to ultimately cover under such legislation and whether the state and municipalities will pick up the tab.

As in past years, several lawmakers said they want to help first responders but worry about the potential financial burden to cities and towns. Organizations representing municipalities are opposing the bill, arguing claims could range from thousands of dollars to more than a million dollars, depending on the duration and scope of treatment.

“I hate to put another mandate on the towns,” said Rep. Daniel Rovero, D-Putnam, who ultimately voted for the bill.

Rep. Stephen Dargan, D-West Haven, the committee’s co-chairman, said he will support the legislation “no matter what the cost is to our municipalities.” He spoke about working as a first responder and having to pull a friend’s dead son from a car that had struck a telephone pole.

“I still see that in my mind, years later,” he said.

Last year, Newtown police Officer Thomas Bean appeared before lawmakers and spoke about experiencing depression, anxiety and suicidal thoughts since responding to the December 2012 shooting, which left 20 first-graders and six educators dead. He said he couldn’t return to work and was receiving about half his base pay through Newtown’s long-term disability insurance plan. If he were receiving workers’ compensation benefits for his PTSD, he’d receive more than 66 percent of his net pay, including an average of overtime pay, tax-free.

The issue of workers’ compensation coverage for PTSD also came up in 2010 when a police officer who responded to a brutal chimpanzee attack in Stamford described experiencing “a depression beyond depression.” Frank Chiafari told lawmakers his supervisors filed a workers’ compensation claim on his behalf for post-traumatic stress the night of the attack. But five days later, he was notified the claim had been denied because state law only applies to police shootings of people.