Predicting winter weather is a slippery slope. People depend on weather forecasters to tell them when to stock up on milk and bread, but if a predicted blizzard doesn’t materialize, a flurry of complaints surface on social media.

Snow is especially difficult to predict, but local meteorologists say the technology used to forecast winter weather is better than ever. And at California University of Pennsylvania, students are learning how to master the tricky science of prognostication without having to leave campus.

Cal U. has the only meteorology program in Washington County, which is offered as a concentration in the Earth Sciences Department. The program is small but flourishing, and the campus has its own weather satellite atop the Eberly Building, a meteorology lab and a TV studio where students practice on-air skills.

Notable alumni have gone onto prestigious graduate schools, research institutions and even NASA, and the school’s Meteorology Club was twice named “chapter of the year” nationwide.

Still, teaching students how to predict winter weather is no breeze. 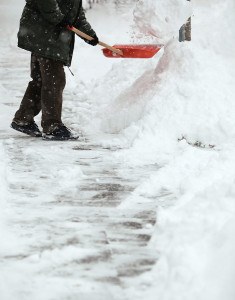 Long-range predictions are even more difficult, and meteorologists use “ensemble forecasting” to make a prediction, Majcen said. They take the initial conditions that were measured and slightly change them to yield a number of results. If most of the results point to snow, they can predict it with more confidence. But if the results are split, they must determine the likelihood of a particular type of precipitation occurring.

Predicting snow has gotten easier in the past two years due to the advent of dual polarization radar, which was “the most significant enhancement made to the nation’s radar network since Doppler radar was first installed in the early 1990s,” according to the National Oceanic and Atmospheric Administration.

Majcen said dual polarization allows meteorologists to interpret both horizontal and vertical readings of precipitation in the atmosphere. Prior to the technology, only horizontal information was available. With more data, meteorologists get a better idea of the shape of the precipitation, which allows them to predict the type.

For instance, rain is typically more pancake-shaped, and hail is circular or potato-shaped. Snow is still a bit of a wild card, Majcen said.

Pittsburgh was one of the first cities in the country to implement the dual polarization technology. Fred McMullen, a meteorologist with the National Weather Service in Pittsburgh, said the technology has changed quite a bit since he got started in the mid-90s.

“The computers’ resolution to identify weather features – snow bands, areas of heavy rainfall, thunderstorm prediction – has improved,” McMullen said. “Our time scale of the forecast information has gone from every six hours to every hour. That’s helped us out, as well.”

He said higher-resolution models are still being developed to better predict the weather, but “there’s only so much we can do in science, and it’s still not there.”

Despite advances in technology, weather forecasters still get a bad rap. That is evidenced by a Google search of “meteorologists are,” which auto-completes to “always wrong.”

Brittany Kusniar, a senior meteorology student at Cal U., has heard it all before.

“Everybody is always like, ‘Oh, this is the job you can have and lie and still get paid for,”‘ Kusniar said.

But what it really comes down to is being able to predict the future, Kusniar said.

She explained that meteorologists rely heavily on weather forecasting models that can change drastically due to small changes in the atmosphere.

“I think it’s the toughest season to predict for just because of how it’s able to fluctuate so quickly, and it can change so much more than summertime thunderstorms,” she said.

Josh Gebauer, also a senior meteorology student, said the hardest part is trying to determine where it is going to snow or rain.

“Often that line is just a one-degree difference, and how we predict the weather comes from our knowledge of it, but we also use models to help us see where these are going to occur,” he said. “Models have a hard time sometimes predicting those fine temperature lines that can be the difference between rain or snow.”

He said social media has made it easier for people to access weather forecasts down to the hour, but it also has allowed the spread of misinformation from unreliable sources.

Majcen said it’s too early to tell what the remainder of this winter will bring. The Climate Prediction Center indicates that Southwestern Pennsylvania has equal chances of normal precipitation, or precipitation above or below average, between now and April.

Globally, 2014 was the hottest year on record since weather data started being recorded in 1895, but the eastern part of the United States was “anomalously cold,” Majcen said. The five-year anniversary of “Snowmaggedon” came and went on Feb. 5, and many are hoping that the rest of this winter won’t resemble 2010 conditions.