Maine, like most states, doesn’t have strict regulations for hayrides, including the one that lurched down a steep hill and into a tree over the weekend, killing a 17-year-old girl and injuring more than 20 others.

A mechanical problem caused a Jeep towing a wagon full of passengers in Mechanic Falls to crash during a Halloween-themed hayride at Harvest Hills Farm on Saturday, authorities said. Cassidy Charette, of Oakland, died from head injuries, police said. 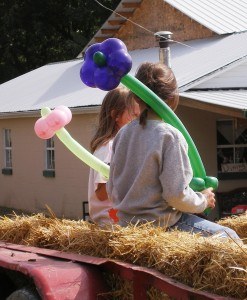 Maine doesn’t have statutes that regulate hayrides, the state fire marshal’s office has said. Rhode Island is the only state that appears to explicitly require a permit to operate hayrides, said James Hanseen, a transportation researcher at the National Conference of State Legislatures.

South Carolina and Texas laws mention the need for permits, but there’s no clear administrative regulations regarding what’s required, Hanseen said. In Maine and at least 14 other states, operators must display signs warning of dangers of the rides and stating that the operators aren’t liable for injury or death, Hanseen said.

State police spokesman Steve McCausland said it’s unclear whether Harvest Hills Farm had a warning sign, but it’s not a focus of the investigation.

In Pennsylvania, the Department of Agriculture inspects amusement rides, but operators will often argue that hayrides don’t fall into that category because they’re being used on private property, said Jeffrey Reiff, a Philadelphia lawyer who represents people injured in amusement park accidents.

“It’s only when we have an issue like this when people open their eyes and say, ‘Gee, we didn’t know they weren’t regulated,”‘ he said.

Investigators in the Maine crash are inspecting the Jeep to determine what kept it from stopping, and state police were looking into whether the hay wagon was carrying too many passengers, spokesmen said. A key factor in the investigation is whether the 1979 Jeep’s brakes were in working order, McCausland said.

Charette was among a group of friends from Messalonskee High School who visit the farm every fall, authorities said. Among them was her boyfriend, 16-year-old Connor Garland, of Belgrade, who suffered multiple fractures and was being treated at Boston Children’s Hospital, McCausland said. Hospital representatives said he was in fair condition Sunday night but declined to give an update Monday.

A few injured people remained hospitalized Monday, McCausland said. The Jeep’s driver, identified by police as David Brown, 54, of South Paris, was among those injured, and authorities said he underwent surgery late Saturday and was released from the hospital Sunday.

“There are still some hospitalized, but the majority have been treated and released,” McCausland said.

Charette was a member of the girls’ soccer team. Garland was a member of the Central Maine Owls, a 15-and-under baseball team that won the state championship this year. The Red Barn, an Augusta restaurant, is holding a fundraiser Monday for Charette’s family.

It wasn’t the only fatal accident at a fall festivity over the weekend. In northern New Jersey, a vehicle struck several people near a farm Sunday afternoon, killing a child and injuring two adults. The crash happened at a fall festival in Chester, about 40 miles west of Newark.