Athletes and others reporting cognitive difficulties after a head injury are usually diagnosed as having had a concussion. But is it really a concussion? A new study published by University at Buffalo medical faculty finds that many of the same symptoms are common to concussions and to injuries to the neck and/or balance system, known collectively as cervical/vestibular injuries. 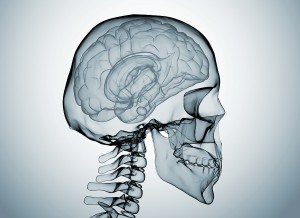 The research was based on responses about symptoms from 128 patients – some of whom were professional athletes – who were being treated at UB’s Concussion Management Clinic in the School of Medicine and Biomedical Sciences.

It was published online last week in the Clinical Journal of Sport Medicine.

The purpose of the study was to determine how to distinguish between concussion injury and neck injury, based on symptoms.

“Based on our research, we conclude that some patients who have been told they’ve suffered a concussion, and whose symptoms persist for several months may actually have suffered a neck injury, rather than a concussion, or in addition to a concussion,” says John J. Leddy, MD, clinical professor in the UB Department of Orthopaedics and senior author.

He embarked on the study based on his experience as director of the UB Concussion Management Clinic.

“I’d seen enough patients in our clinic, some previously diagnosed with post-concussion syndrome, who continued to experience symptoms even after passing our treadmill test, which indicates full recovery from concussion,” says Leddy, who sees patients through UBMD, the physician practice plan of the UB medical school.

“The symptoms for both conditions are so nonspecific that it’s really hard to make a diagnosis based on them,” Leddy continues, “so we had to find another way to discriminate between them.”

To determine which of the respondents had probably sustained a concussion and which more likely had a neck injury, the UB researchers used the graded treadmill test developed by Leddy and co-author Barry Willer, PhD, UB professor of psychiatry.

“The treadmill test helps us make a first delineation between what I call physiologic concussion and other possible causes of cognitive symptoms,” says Leddy.

“Because a concussion is a brain injury, we thought that cognitive symptoms would be more likely associated with concussions,” he says. “Surprisingly, that didn’t turn out to be the case. People who have had neck injuries can also have problems with concentration and with memory. They feel like they’re in a fog, which is exactly what people report after concussion.”

Patients in both groups filled out a detailed questionnaire concerning their symptoms. These responses were then correlated to their treadmill test results.

“Then we did some sophisticated statistical analysis,” says Leddy. “Even when we looked at the data in multiple ways, there was really no way to separate out the two groups based on their symptom patterns alone.”

Determining which condition a patient has experienced is critical, Leddy explains, because courses of treatment are very different.

“The treatment for a neck injury is actually to be more active, to do physical and vestibular therapy, to have a more active intervention, whereas after a concussion, exercise must begin slowly and incrementally after a period of rest,” he says.

Leddy notes that more research should be done on larger samples concerning concussion and neck injury.

In the meantime, he says, patients who think they’ve had a concussion and whose symptoms have not diminished after several months, should instead be examined for neck and vestibular injury by a sports medicine physician, a neurologist or a physiatrist, a specialist in rehabilitation medicine.

“I think a lot of practitioners listen to the symptoms and just chalk it up to concussion,” he adds, “but if they also examined the neck in these people, they might discover that a neck injury is involved and that’s a treatable problem.”