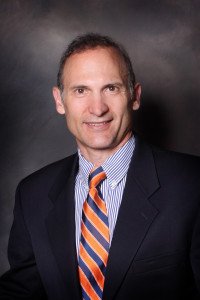 Turi has served on the NYIA Board of Directors since 2007. He has served as an officer of the association since 2010, most recently as first vice chair.

“I am confident that Bernie will prove to be a very effective chair of NYIA,” Ellen Melchionni, president of NYIA said. “He is an accomplished leader who is a true asset to the industry. The combination of his vast insurance knowledge, familiarity with the New York landscape and honest and open style is certain to serve the association well.”

Turi has more than 25 years of experience in the insurance industry. He joined Utica Mutual in 1987 as a senior claims specialist in the Errors and Omissions department. He was promoted to staff attorney in 1990 and associate claims attorney in 1995. He was named claims attorney/director of liability claims in 1999 and associate general counsel and claims attorney in 2004, the position he held prior to his most recent promotion to director of risk and reinsurance in 2011. Turi is also an officer of Utica Mutual. He was first named as an officer as assistant vice president in 2004, promoted to vice president in 2007, and named senior vice president in 2011. Before entering the insurance industry, Turi worked as an associate in a litigation firm in upstate New York, handling a variety of matters including school liability defense, personal injury and malpractice cases.