The Boston area is getting more than $17.5 million in public safety grants from the Department of Homeland Security.

The funding was announced Friday by U.S. Rep. Bill Keating, a Democrat who serves on the House Committee on Homeland Security. He says the funding is an increase of about $7 million over the previous grants.

Keating said past funding under the program was key to preparing Boston and Watertown emergency responders to handle the Boston Marathon bombings. 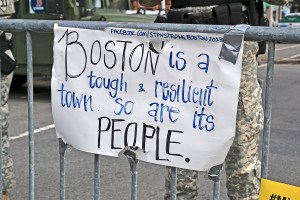 Two suspects battled police in Watertown early on April 19. One was killed, and the other was captured several hours later.

Delta Losses Bring Hurricane Damages to $26B for Year