Ralph Nader has a new cause.

After dedicating nearly half a century to battling businesses over almost everything from dangerous products to the influence of money in politics, the consumer advocate is planning a museum in his Connecticut hometown that celebrates victories of the law over corporate power.

The 79-year-old Nader says the American Museum of Tort Law, which is set to be built in a former bank building in downtown Winsted, will hold appeal for an audience far beyond law school students. He said in an interview with The Associated Press that visitors will learn that the jury system serves ordinary citizens.

“I hope they and their children will see what an awesome institution it is,” he said. “Most people feel excluded from the democratic processes in our country. There’s a lot of cynicism, lethargy, apathy.”

The museum will detail the history of tort law – civil law that seeks relief for people injured by wrongful acts of others – and host exhibits on significant cases such as the 1998 national settlement with tobacco companies. Nader said it may also host artifacts including a Chevrolet Corvair – the car featured in his 1965 book on the auto industry’s safety record, “Unsafe at Any Speed,” which made him a household name. 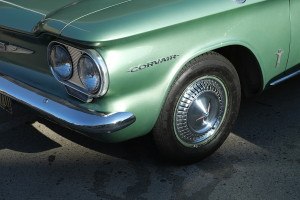 Among those unlikely to visit is Darren McKinney, a spokesman for the American Tort Reform Association, which backs efforts to curb what it says are excessive lawsuits. He said the museum is unnecessary.

“If Ralph thinks it’s needed, God bless him. This is America,” he said. “I’ll personally find it amusing the first time his museum suffers a slip-and-fall lawsuit. Now that he’s responsible for operating a facility, let’s see how his opinion changes on tort law.”

Nader, who twice ran for president and still works at the nonprofit advocacy organization Public Citizen, has been pursuing the idea for the museum for years only to run into several roadblocks. But he said he has raised about $2 million, a museum design firm has been hired, and renovations are set to begin in the fall. He expects the museum to be established in the next two years.

He said he got the idea for the museum from trial lawyers who told him they had no place to put exhibits they used in court.

“There’s not a single law museum in the U.S.,” Nader said.

A spokeswoman for the American Bar Association said it shut its Museum of Law about three years ago to cut costs. Institutions such as the Library of Congress in Washington and National Constitution Center in Philadelphia display legal documents, but a national law museum doesn’t exist, she said.

Gerard Eisterhold is president of Eisterhold Associates Inc., a museum exhibit design and planning firm in Kansas City, Missouri, hired to design the museum. He said the challenge will be to display the law visually “so each case has its own distinct look or feel.”

Videos of a memorable crash test in which a Ford Pinto burst into flames and Senate hearings by then-Sen. Abraham Ribicoff of Connecticut on traffic safety will visually tell the story of how the law brought about changes in auto safety, Eisterhold said.

The tort law museum is one of many that are being used to bring to life 20th-century events and social struggles. Eisterhold Associates has designed civil rights museums and Federal Reserve visitor centers and is refurbishing the Sixth Floor Museum at Dealey Plaza in Dallas where President John F. Kennedy was assassinated.

Above all, Nader says, his museum will promote the legal system.

“We’ll be puncturing a lot of myths and lies that it’s a cash cow for greedy tort lawyers,” Nader said.