Maryland’s highest court says bars can’t be held responsible for accidents their patrons cause after they leave. 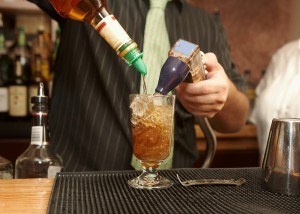 The Court of Appeals ruled Thursday in the case of a 2008 drunken driving crash in Montgomery County that killed a 10-year-old girl.

The girl’s grandparents, the Rev. William Warr Jr. and his wife Angela, had sued a Gaithersburg bar that served Michael Eaton 17 beers and several more drinks of hard liquor on the night of the crash.

After leaving the bar, Eaton got into his car and struck the Warrs’ vehicle from behind while speeding on Interstate 270. He pleaded guilty to manslaughter and was sentenced to prison.

The judges in the 4-3 opinion suggested the General Assembly was the appropriate place to change the law, as opposed to the court.