The proposals are contained in a report finalized this week by a divergent group of state officials, private zookeepers, advocacy groups, animal control officers and others collectively known as the Dangerous Animals Initiative workgroup. It was created in response to a 2011 incident in Ohio when a man released his collection of big cats, primates and other exotic animals before killing himself.

The animals had to be hunted down and killed.

The working group’s report, which numbers hundreds of pages, will be reviewed by the governor’s office, a spokesman said Wednesday.

The Virginia group reached consensus on 10 recommendations, including the addition of baboons, elephants and other clearly dangerous animals on a list of restricted animals. Not included on the list: Small primates and venomous and constrictor snakes such as pythons.

Collectors, dealers and fans of those species argued against additional restrictions at meetings conducted by the working group, which also included the operator of a primate sanctuary on the Eastern Shore and reptile associations.

The group settled on restricting species that are “inherently dangerous and those that should receive more consideration than other animals,” said non-voting workgroup member David K. Whitehurst, director of the bureau of wildlife resources for the Virginia Department of Game and Inland Fisheries. 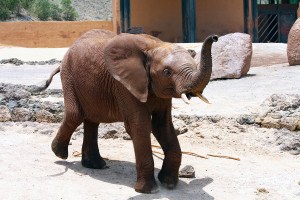 Besides elephants and baboons, the other restricted animals include cape buffaloes; gibbons, including siamangs; rhinoceros; chimpanzees; gorillas; drills and mandrills; gelada baboons; orangutans and Komodo dragons; as well as hybrids. They join other animals already on the state game department’s restricted list, including leopards, crocodiles, tigers, lions, and others.

Permitted facilities seeking to possess an animal on the restricted list would have to abide by a series of guidelines proposed by the working group, many of which are intended to prevent an incident similar to what occurred in Ohio.

They include proof of general liability insurance; a written escape and disaster plan and inventory of animals; training for exhibitors; and the establishment of standards for the enclosure of dangerous animals.

Whitehurst said many of the 30 or so members of the working group were “polarized” on the proposals involving venomous and constrictor snakes and primates. A proposed registry of snakes that pose a threat to humans, for instance, was strongly opposed by collectors and dealers. The registry would give animal control officers a sense of what they would be walking into if they were responding to an emergency.

Owners objected, arguing that “if the public knew they had these animals they would risk a lot of criticism or people would try to get some of their animals,” Whitehurst said.

As for smaller primates, he said, the debate was sharply divided between those who view all primates as potentially dangerous versus those who don’t.

“They’re great pets and they should be allowed to be kept as pets,” Whitehurst said, echoing the arguments of primate owners. “Animal welfare folks don’t feel those animals should be held in captivity.”

The working group recommended additional study of ownership restrictions for primates, other potentially dangerous animals and requirements for animal sanctuaries.

While the Ohio incident inspired many states to re-examine rules and regulations regarding the keeping of exotic animals, Virginia has recorded only 38 incidents involving captive exotic animals over the last 22 years. They include two deaths, one involving a pastor who was bitten by a snake during a religious ceremony and refused treatment.

The other incidents involved injuries to owners or handlers, escapes and the capture of exotic animals that are suspected of escaping fairs or circuses. One incident involved three monkeys who threw bananas and crab apples at cars on Interstate 95 in Jarrett, then fled into woods.

Whitehurst declined to speculate on the ultimate outcome of the recommendations, other than stating that additional resources would be required of any state agency that takes on the job.