The state fire marshal is warning homeowners to make certain that natural and propane gas lines coming into their homes are properly grounded. 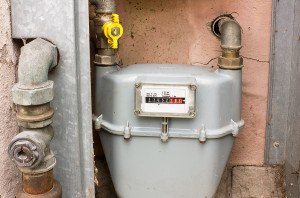 Fire Marshal J. William Degnan, who is president of the National Association of State Fire Marshals, says eight house fires in New Hampshire in the past four years were caused by nearby lightning strikes that compromised ungrounded gas lines.

Degnan encourages homeowners to have a licensed electrician or gas line installer check their lines if they suspect they might not be properly grounded. He said the grounding device should be visible inside the home at the point where the gas line enters the home and connects with yellow corrugated stainless steel tubing, or CSST.

U.S. building codes since 2009 require that lines made of the flexible CSST be grounded, but the requirement didn’t apply to homes built before then. Degnan said he discovered his daughter’s house, built five years ago, didn’t have the proper grounding.

The CCST is usually coated by yellow plastic, making it easy to spot. It is frequently used in new construction and renovations because of its flexibility and ease of installation.

CSST gas piping systems should be bonded to the home’s electrical grounding system, Degnan said. As many as 10,000 homes in New Hampshire with CSST might lack the necessary grounding, he said.

“Based on our population, that’s a significant amount of homes that are impacted,” Degnan said.

“The danger arises when this tubing is not properly grounded, allowing it to become energized if lightning strikes near a building,” Degnan said. “The lightning penetrates the corrugated stainless steel tubing and allows gas to leak into your home.”

Any resulting fire will be gas-fed and move rapidly, he said.

Degnan said he suspects that lack of grounding is responsible for more house fires in New Hampshire than the eight that were definitely linked to that cause. He said the fires caused extensive structural damage but resulted in no injuries or fatalities.

Two of those fires occurred in Meredith. The others were in Salem, Wilton, Claremont, Canaan and Manchester, Degnan said.

“We’re only concerned about the safety of the occupants,” Degnan said. “It’s very important for them to insure their installation is done correctly and that it is bonded.”