The District of Columbia has agreed to pay about $20,000 to four motorists who said their drunken driving convictions were based on unreliable breath test machines, according to court documents filed Monday. 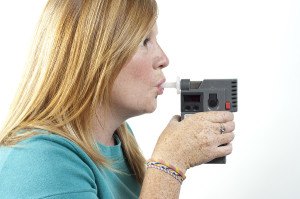 The four men are part of a group of drivers challenging their convictions on grounds that devices used by D.C. police to measure drivers’ blood-alcohol content were inaccurately calibrated and had produced erroneously high results. The testing flaws have been an ongoing embarrassment for D.C. police and prosecutors, who revealed two years ago that nearly 400 people had been convicted of driving while intoxicated based on machines that recorded drivers as having higher blood-alcohol concentrations than they actually had.

The problems led D.C.’s attorney general to say last year that his office would not use breath-test results in drunken driving prosecutions until he could be assured the system was accurate, opting instead for urine tests, eyewitness accounts and other methods.

The men – Tommy Eckwood, Jose Nunez, C. Aaron Clements and Donnell Williams – will receive payments ranging from $2,001 to $8,001, court papers show. Jeffrey Rhodes, one of their lawyers, called the resolution a “step in the right direction” but said he was concerned that the testing problem was still not fixed.

“I think there needs to be some recognition by the District of Columbia as to the wrongdoing that took place,” Rhodes said. “We’re hoping that this will open the door to correcting the problem.”

Rhodes said Eckwood, Clements and Williams withdrew their guilty pleas to charges of driving while intoxicated after the calibration problems became public, and prosecutors later dismissed that particular charge against them. Prosecutors dismissed the DWI charge for Nunez even though he was convicted of driving under the influence and operating while impaired, Rhodes said.

Similar offers had been made to six other plaintiffs in federal court, Rhodes said, but those payments had not been accepted. Another group is challenging their convictions in D.C. Superior Court.

Ted Gest, a spokesman for the attorney general’s office, said they were not acknowledging any liability but that they sometimes look to resolve lawsuits when it’s in the best interest of the public and to avoid the risk of going to trial.

D.C. Attorney General Irvin Nathan testified in February at a D.C. Council oversight hearing that the office has continued to prosecute drunken driving cases with evidence other than alcohol breath tests, but he said the absence of a reliable system was making prosecutions more complicated and expensive. The office said Monday that it expects to have a new system for measuring blood-alcohol content up and running within a few months.

“This did significant damage to the credibility of the District, and certainly the office of attorney general,” said Kris Baumann, head of the D.C. police officers’ union. “And I don’t think we’re done seeing the repercussions of it.”

D.C. Councilmember Phil Mendelson, who chairs the council’s public safety and judiciary committee, said the settlements “remind me of how dysfunctional the DWI enforcement has become.” But he said he was hopeful that a new breath-test system would bring lasting improvements.

“If drunk drivers are able to avoid prosecution because we messed up the collecting of evidence, then it’s a very sorry thing for safety on the road,” Mendelson said.